Downgraded to a Category 1 storm, Hurricane Dorian finally started to move away from the mid-Atlantic states and was heading toward Nova Scotia, Canada on Saturday (September 7).

Forecasters posted a hurricane warning on Friday afternoon for parts of eastern Nova Scotia, as Hurricane Dorian started pulling away from the U.S. coast and heading toward Canada.

The storm was due to pass New England this morning and was situated some 160 miles south of Nantucket Island as of 8am.

According to the National Hurricane Center (NHC), Dorian will “move across Nova Scotia and Newfoundland later today and tonight. 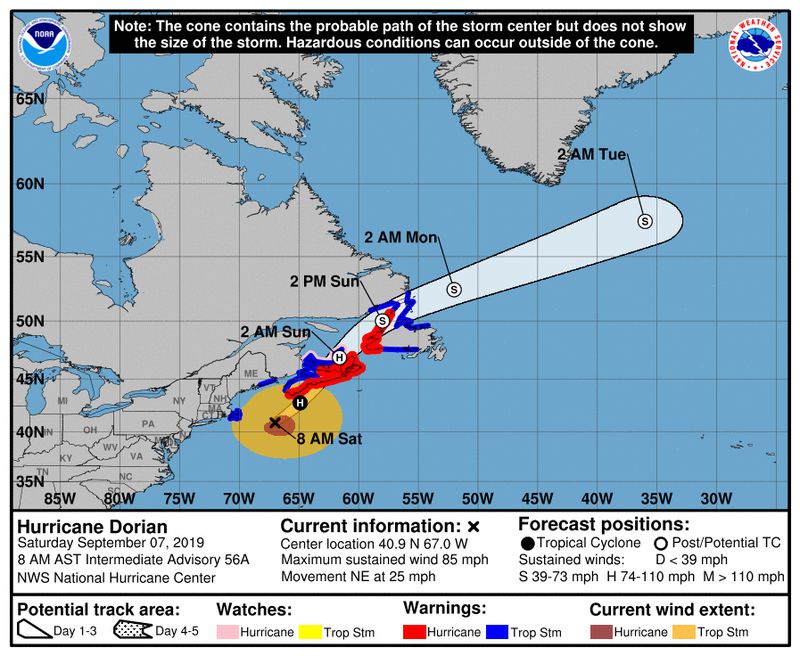 “The storm’s forward motion accelerated to 25 mph on a northeastern course that could take it near southeastern Massachusetts and northeastern Maine as it closes in on eastern Canada.

“Dorian’s top winds dropped to 85 mph and were expected to continue to weaken Saturday, although they would retain hurricane force as the storm hits Nova Scotia.

“Dorian will remain a very potent post-tropical system with hurricane or near hurricane force winds as it crosses northern Newfoundland,” the NHC added.

The storm made landfall in North Carolina and “washed out roads, knocked out power and led thousands of coastal residents to seek refuge in public shelters”.

Officials say: “At least four deaths in the Southeast were blamed on the storm.”

The death toll in the Bahamas currently stands at 30 – a figure expected to rise in the wake of catastrophic devastation.

Feature Photos Include: An aerial view of damage from Hurricane Dorian on September 5, 2019, in Marsh Harbour, Great Abaco Island in the Bahamas – Hurricane Dorian lashed the Carolinas with driving rain and fierce winds as it neared the US east coast Thursday after devastating the Bahamas and killing at least 20 people – Brendan Smialowski/Getty 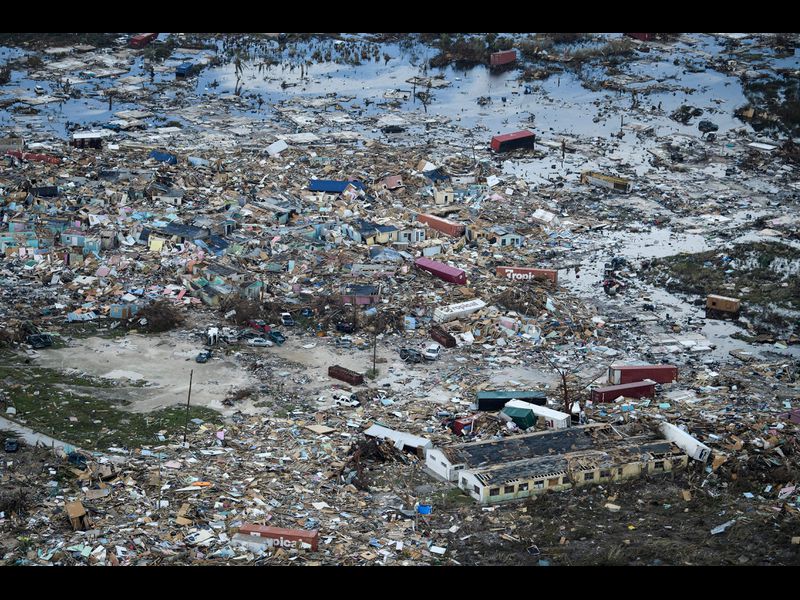