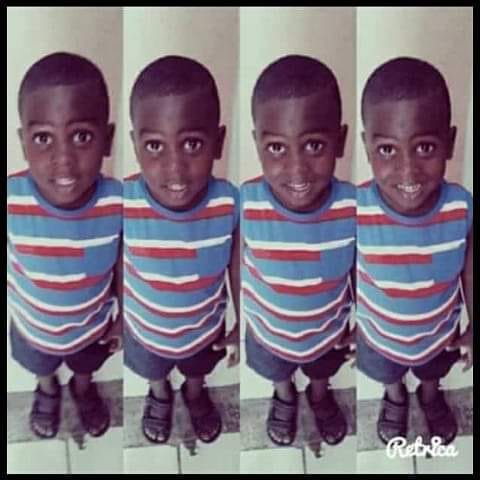 Caribbean news outlets reporting this morning that the first death due to Hurricane Dorian has been reported.

The Bahamas Press tweeted late Sunday night that seven-year-old Lachino Mcintosh drowned after his family tried to relocate from their Abaco home.

The tweet also said his sister is missing. It was also picked up and published by Caribbean Times overnight as the monster Category 5 hurricane continued to bash the Bahamas.

The Category 5 hurricane is now listed as the strongest hurricane on modern record to hit the northwestern Bahamas with wind gusts exceeding 200 miles an hour.

According to the latest update from the National Hurricane Centre, as of 5am: “Catastrophic winds and storm surge will continue to affect Grand Bahama Island. Everyone there should remain in shelter and not venture into the eye.”

Forecasters say “the core of the storm was slowing as it continued to sweep through the Bahamas”, barely moving at just over 1 mph.

“The hurricane is then predicted to take a northward turn toward Florida’s east coast, where some coastal residents have been put under evacuation orders.

No official word yet but “the Red Cross fears some 13,000 homes have been damaged or destroyed”.

Florida, Georgia, North and South Carolina have all declared states of emergency.

With a population of about 50,000, Grand Bahama is only 60 miles east of West Palm Beach in Florida.

The NHC said the hurricane would “continue to pound Grand Bahama Island” through much of the day and evening on Monday. 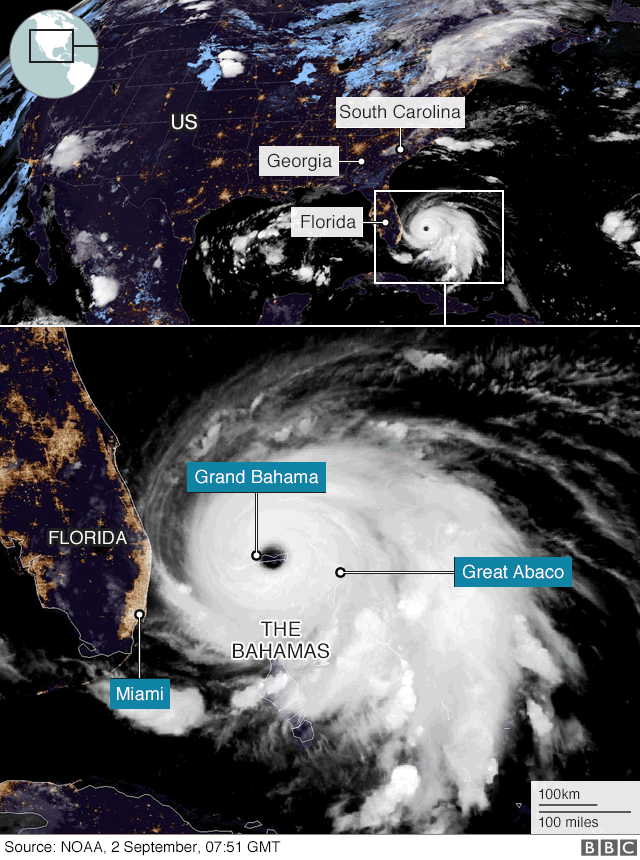 “This will put us to a test that we’ve never confronted before,” he said.

“This is probably the most sad and worst day of my life to address the Bahamian people. I just want to say as a physician I’ve been trained to withstand many things, but never anything like this.”

One report said: “As hundreds hunkered down in schools, churches and other shelters, Bahamian authorities made a last-minute plea for those in low-lying areas to evacuate. Reporters in the Bahamas said hundreds of residents of lower-lying islands, including Grand Cay and Sweeting Cay, had ignored mandatory orders to go.”

Don Cornish, head of the Bahamas national emergency management agency, warned: “We may not have the resources to come after persons who are in harm’s way.”

At last check, the NHC said Dorian was moving west at 7mph, with “catastrophic conditions” expected across Grand Bahama.

The airport was said to be under water this morning on the local Tribune news website.

Dorian is forecast to slow down and turn northwards as it approaches the east coast of Florida by the middle of this week.

And there is ” an increasing risk of string winds and dangerous storm surge along the coasts of Georgia, South Carolina and North Carolina later this week”.

The NHC said today: “The increasing strength of the storm makes this the fourth consecutive year that at least one Atlantic cyclone has reached category 5.

“Hurricane Matthew in 2016 followed a similar offshore track to Dorian’s expected path yet still caused hundreds of billions of dollars in damage and 47 deaths in the US from wind, storm surge and significant inland flooding.

“In 2017 Irma and Maria tore through the Caribbean, the latter blamed for more than 3,000 deaths in Puerto Rico, and last year Hurricane Michael wrecked areas of the Florida Panhandle that are still struggling to recover.”