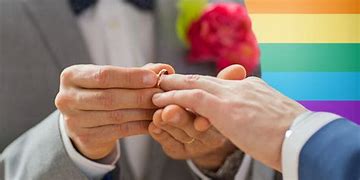 The Human Rights Commission (“HRC”) is pleased by the outcome of the recent court decision and judgment on SSM. We are equally as heartened to read the judgment Chief Justice Ian Kawaley in which he stressed the importance of the acknowledgment and protection for competing rights. This is often a passionate topic of discussion for the Office and Commissioners as we seek to maintain this approach to rights-based issues.  To see our concerns elucidated so clearly by the Chief Justice was reassuring and it is our hope that members of the Government and public alike will read the judgment in full, as the issue of competing rights is one that must be approached with mutual respect for all parties involved.
It is our hope that any further action taken by the Government will be done so with a view to solidifying the rights and expectations confirmed in the judgment, while also addressing what some may view as competing religious rights. Both can be upheld, one does not have to negate the other, as we have seen modeled in other jurisdictions. This is not always a simple task, but it is a necessary one in which the HRC stands ready to provide the necessary advice and assistance to the Government and community stakeholders.
The judgment is also significant in its confirmation of the necessity of the primacy of the Human Rights Act, which effectively seeks to establish, clarify and solidify rights that were not included in our Constitution, a document which is reflective of the period in which it was drafted, but not the Bermuda of today or tomorrow.