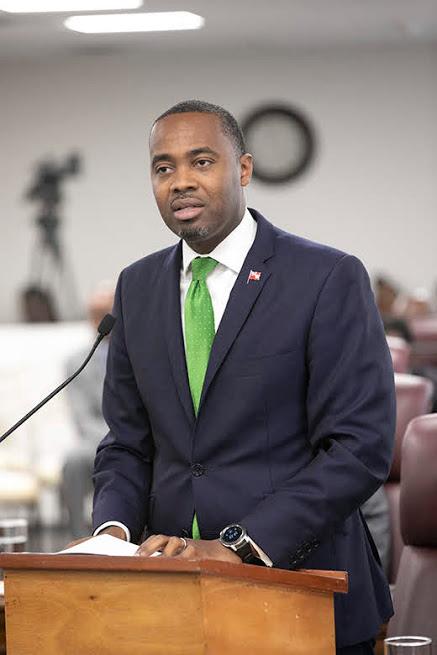 Heartfelt tributes from both sides of the House marked the solemn Special Joint Sitting of the House on Friday in honour of the late Walton Brown Jr.

This is the full address by Premier David Burt:

On each occasion that an Honourable Member rises to speak in this Honourable House or when a Senator beckons for the recognition of the President to speak from their appointed seat, that Member embarks on the execution of a sacred trust established in centuries old traditions of parliamentary democracy. I term it a sacred trust because whilst it may be our voices which pronounce the words, we are but instruments entrusted to be the voice of the people.

A profound voice of the people has been silenced by death. In the cold symbolism of this day, an empty seat declares that Walton Brown will no longer grace us with his presence or his thoughtful and reasoned arguments in debate.

At the core of Walton Brown was principle. His beliefs were not subject to negotiation and they could not be watered down by the persistence of those who may have opposed him. Over several years the only concession I saw him make to an opposing argument was that wry smile which seemed to say ‘nice try; but no chance…’

There was a fundamental consistency to his life’s work in every arena. The issue of Bermuda’s self-determination and ultimate sovereignty was seldom far from his lips. He would engage the staunchest critic of Bermuda’s ultimate step and methodically dissect their misgivings so that at the end of the discussion another mind was at least open to the possibility that we could properly take our place among the family of nations. With his perseverance in securing converts to sovereignty for Bermuda, imagine if he had chosen the path of religion….his church would surely have been full.

Walton Brown was a teacher, an author, an historian, an advocate and our friend. The truth about Bermuda can be uncomfortable. We have become experts in masking inconvenient facts.

The true measure of our friend and colleague is to be found in his writings, his lectures and in his ordinary discourse, for he refused to cloud the truth about Bermuda. Who among us ever heard Walton shout? Who among us can recall a moment when he spoke in anger or with malice? None, because he never did. He spoke directly, to the point of conviction, in words that were seldom sweetened sufficiently for most tastes; but truth is rarely succulent.

In his seminal work Bermuda and the Struggle for Reform: Race, Politics and Ideology, 1944-1998 we gain insight as to how the unwavering Walton Brown was forged. In his own words he says: 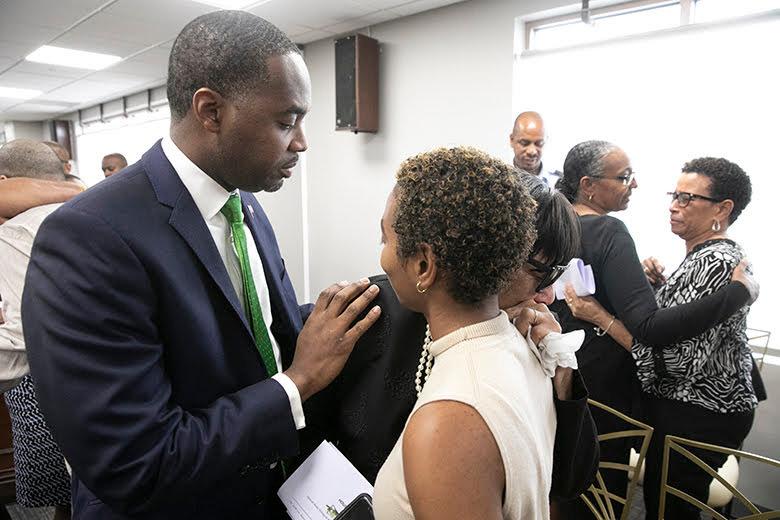 It began around the Sunday morning codfish breakfast table, mostly, with my parents, siblings, and oftentimes, my irrepressible paternal grandfather W.G. Brown. I sat there mesmerized by the stories, told about Dr. Gordon, ‘that Jack Tucker’, Dr Barbara Ball, Lois Browne-Evans and Ottiwell Simmons; tales of power, the struggle for rights and justice and the sacrifices made, all resonated with me long before I could really appreciate their meaning. The passion with which Bermuda’s history was relayed to me during these impromptu classes, punctuated with a firm slap on the table to accentuate each point, told me these events were transformative for my parents and for Bermuda.”

From those early, formative days at that breakfast table emerged a champion of social justice in Bermuda. Every Movement needs one who will keep the record and ensure that the story is accurately told.

Walton’s determination to chronicle the truth about our Island made him that record keeper. He remembered and recorded so we would not forget.

As Honourable Members today raise their voices in tribute to this fallen servant of the people, there is no need to shy away from those things on which we may have disagreed. Without betraying the constitutional secrecy of Cabinet, it will not surprise anyone to know that even the principle of collective responsibility was tested during Walton’s tenure in “The Room”. He never abandoned his principles and we, his former Cabinet colleagues, are better for having been challenged by him as we sought to execute on the mandate provided to us by the people.

In a telegram to Winston Churchill after reclaiming Ethiopia from Italian forces in 1941, Emperor Haile Selassie said: ‘We have finished the job; what shall we do with the tools?”

I would adapt the Emperor’s quote in this way: “Walton finished his job; what shall we do with the tools?” 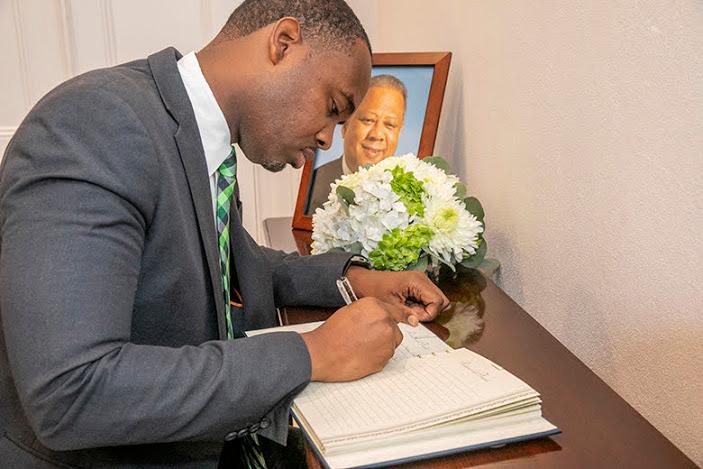 Walton Brown’s voice may be silenced, but the tools he has left us are sharp, well-oiled and relevant for use in lifting up the people of this country. His legacy is one of truth; one of social justice and one of an undying commitment to sovereignty for Bermuda.

In the African tradition we might say that he has joined the ancestors. To his family, especially his mother, his sons and his siblings; this transition is hard. It was untimely and it was unexpected.

But if there is any comfort you can draw from all that surrounds you in this moment, know that the man you knew as son, father and brother now joins the ranks of those who made making Bermuda better their life’s work. In that you should be proud and we join with you in mourning his loss, but also, in celebrating his life.