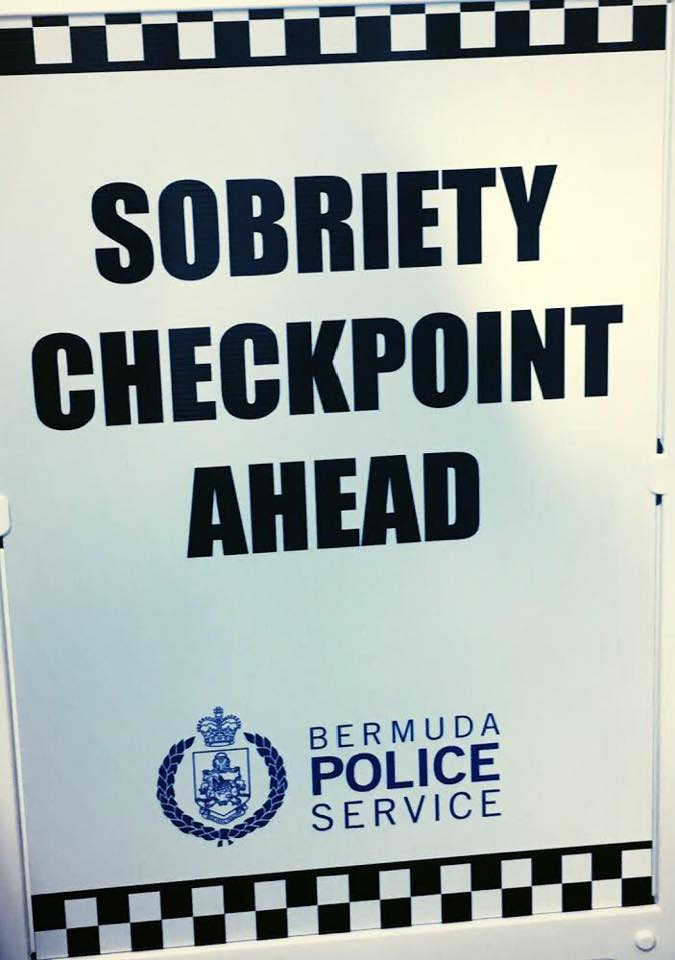 City bartenders would tell you their clients drink more during the day now as a result of roadside sobriety checks by police, but the Minister of National Security says annual road crash figures appear to have decreased as a result of breath-test checkpoints.

Speaking in the House of Assembly on Friday, Minister Wayne Caines said Bermuda recorded 1,117 collisions to date this year, compared to the 1,467 accidents recorded for the whole of last year and 1,249 in 2017.

There have been six road deaths, down from 12 last year and 15 the previous year.

Mr Caines told MPs that the roadside sobriety checks helped improve public awareness and culture towards the dangers of drink-driving since last September.

“I am hopeful that the continuance of the roadside sobriety checkpoints will lead to a shift in Bermuda’s drink-driving culture,” he said.

While noting that businesses had shown a “positive shift” in favour of the policy by offering free transport, he said late-night use of taxis had increased.

In the first ten months of 2019, he said 153 people had been arrested on suspicion of driving under the influence of alcohol from 28 roadside checkpoints.

The worst offender booked so far, someone who with 380 milligrams of alcohol in 100 millilitres of their blood, which is more than four times the legal limit in Bermuda.

According to the breakdown on figures, 133 of those arrested were men – 20 were women – 110 were black, 25 white and 18 others. Ages ranged from as young as 19 to 71 and most of them were Bermudian – 143, one British. Nine did not have their ethnicity recorded.

And of all the arrests, 47 of them came after road traffic collisions.

The Minister also noted that the next set of roadside sobriety checkpoints will be conducted next weekend in Warwick, Southampton, Hamilton Parish, Smith’s, Devonshire, Pembroke and Paget.

Breath-test checkpoints will be in place in Hamilton Parish, Smith’s, Devonshire, Pembroke, Paget, Warwick and Southampton next weekend.

BPS: 39 Arrests Made Over The Long Labour Day Holiday Weekend – 8 On Suspicion Of Impaired Driving