MPs today approved the Proclamation of Emergency tabled in the House of Assembly this morning by Premier David Burt, enforcing restrictions against the spread of the deadly coronavirus in Bermuda to April 18.

The state of emergency was declared on Saturday by Governor John Rankin, for the first time in more than four decades.

The last time it was enforced was during the riots in 1977.

Terming today’s business in the Lower House as administrative, Premier Burt noted that the emergency proclamation; which came into effect for 14 days when it was issued last week, must be passed by both Houses.

He also noted that the state of emergency uses provisions in the Constitution that are “rarely read, never mind invoked”, which curtailed “the most basic of freedoms – that of freedom of movement and the freedom of assembly”.

“The proclamation of emergency is the only vehicle within our existing laws that permits this Government to take the action required to reduce the risk of Covid-19 spreading through what is commonly referred to as community transmission,” said Mr Burt.

“We did not wait and we have intervened”, putting aside partisanship in order to work together.

“The threat is real.”

“Unchecked community transmission” of this deadly virus would be overwhelming for the island’s hospital.

“There would certainly be wide-scale deaths,” he said.

“I wish to assure the people of Bermuda that in the midst of managing this crisis, their Government is also focused on rebuilding.

“The manner in which we reconstruct this economy will be unorthodox. Occasionally, politicians use the slogan ‘no more business as usual’ as a means by which to signal a mantra of change.

“In the post COVID-19 Bermuda, and indeed the world, that will be no slogan — it will be a means of survival.”

The positive test results “tell us that COVID-19 is here and it is not going away,” he added.

In the interim, he said government assistance for people unemployed as a result of this global pandemic, had given people “a bridge to see them through”.

He also called on residents to channel their unity towards “the renewal of the Bermuda we love and call home”.

Opposition Leader Craig Cannonier, the Leader of the Opposition said: “In these extraordinary times, the likes of which none of us have seen in our lifetimes, we must take extraordinary decisions — difficult decisions that will have profound implications for everyone.”

He thanked health workers and frontline staff, and had high praise for workers at essential businesses, particularly grocery store workers, for supplying the public with necessities through this period.

“I have said before that this is a war and one that Bermuda cannot afford to lose.

“It is in that spirit that we have offered support to the Premier and his Government and it is why we support this curfew. We must do everything we can to stop this virus spreading,” said Mr Cannonier.

“The consequences for every man, woman and child of not doing so are too huge to contemplate.”

But he said: “Given that the confirmed cases rose from two to 37 within a three-week period, and considering that we have a significant number of people returning home who have been exposed to hotbeds of infection, has this been included in the model?”

The Premier stated that “anything less than 14 days would not be effective” was the information received from the Chief Medical Officer.

The motion for the emergency restrictions was approved by the House at 10.30am.

“All 36 members have shown their desire to be present today,” he said.

Some MPs were physically present while others attended via “other means”.

The motion was unanimously passed.

Mr Lister advised the public: “Stay put. Each of us.” 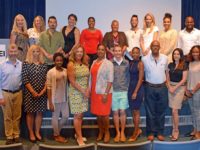 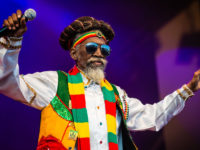 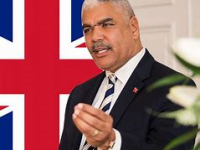 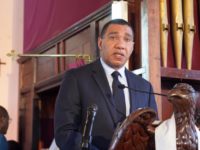