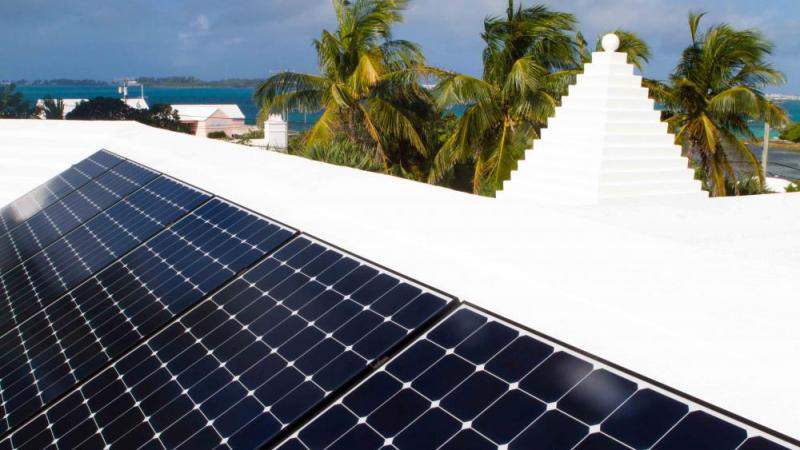 Responding to concerns regarding the use of the new smart meters by BELCO, Minister of Transport and Regulatory Affairs Walter Roban, moved to “ease” some the concerns by “providing factual information”.
In a Ministerial Statement delivered in the House of Assembly on Friday, Mr Roban stated from the outset that the Government is listening and cares.
“One of the words associated with smart meters is ‘radiation’, a word that can inspire fear.  ‘Radiation’ brings to mind images of Fukushima, Chernobyl, Three Mile Island. In actual fact, visible light from light fixtures is a kind of radiation, as is heat or radio waves,” said Mr Roban.
“There are different types of radiation, and that which is ‘dangerous’ is the radiation that can cause changes in human cells at a molecular level, thus prompting health concerns. That dangerous radiation is called ‘ionizing’ radiation, and some examples are x-rays, gamma rays and radiation from nuclear waste.
“The radiation emitted from smart meters has no ability to alter molecular structure at all. It is well within the range of emissions known as ‘non-ionizing radiation’. The non-ionizing radiation that comes from smart meters is of a much lower energy level when compared with the radiation emitted from our cell phones or wi-fi,” he added.
While noting that smart meters “were actually contemplated as long ago as 2011”, he said the Energy White Paper and Section 3.2.1 of that Paper “discusses the goals of smart metering, one of which is to enable customers to have an improved ability to control their energy consumption by accessing more detailed and timely information”.

“Armed with real-time information, customers are better able to understand what behaviours and equipment uses result in higher consumption, thereby allowing them to make different choices, or at least more informed choices, about their energy use,” he said.
“Smart metering is a technology that will benefit Bermuda, and BELCO will be publishing additional information in the coming weeks about the specifics of the smart or ‘advanced’ metering system here on island.”
He also urged residents with concerns to report the matter to the Regulatory Authority (RA), “whose function it is to monitor and survey, when necessary, equipment being imported and used in Bermuda in connection with a regulated industry”.
He also noted that the smart meters being used by BELCO “comply with strict specifications set by the Federal Communications Commission of the United States, and the RA has approved the use of radio frequency spectrum for the smart meters to transmit data”.
“What the public may not realize, Mr. Speaker, is that data transmission from these new meters amounts to less than one second over the course of an entire day,” Mr Roban said.

“Although the RA has already ‘spot checked’ the smart meters currently in use, it is carrying out additional ‘Maximum Permissible Exposure’ testing this month to ensure continued compliance with approved FCC standards,” he added.

“The RA will release its findings to the public within the next ten days. We ask that the public await the results of the RA’s further testing.”
In the interim, he said: “We want the public to know we are here, we are listening, and we do care about public health and Bermuda’s concerns.