Speaking in the House of Assembly on Friday, he accused both Mr DeSilva and the top brass of the Bermuda Police Service for poor succession planning.

This after three Bermudians were deemed unworthy of replacing the Commissioner of Police.

He noted that a Superintendent and two Assistant Commissioners applied for the top post, who were ultimately  overlooked.

Governor Rankin announced last week that Englishman Stephen Corbishley will be taking up the post later this month for a term of five years. 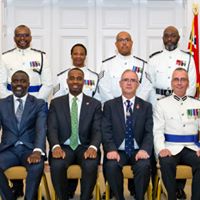 The Minister told MPs that he was “concerned” that the new Commissioner “did not come from the rank and file of the Bermuda Police Service”.

“Based on the lack of a suitably qualified Bermudian, we must challenge the Governor’s oversight and management of the leadership of the BPS and this sentiment is not directed at the current Governor,” he said.

“There were also obviously failings by the current Commissioner and his human resources manager, in the areas of leadership, talent management and succession planning.”

He also noted that the police service suffered cuts under the former One Bermuda Alliance government.

“As with most Government departments, the first budget line that was sliced was training, which included overseas attachments and training. Because of the decrease in the budget, staffing levels were also reduced,” he said.

“During the period from 2012 to 2017, the staffing level in the BPS fell from 460 to now 400. This is a 13 percent reduction, a significant decline, in an organisation charged with keeping Bermuda safe for both residents and visitors. 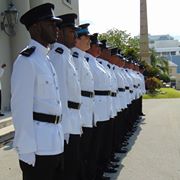 “You cannot expect stellar performance and development, without investment and training,” he added.

And he called on the Governor to “make a clear priority for the new Commissioner to identify, highlight, train and develop high flyers in the BPS”.

Either way, the fact is, as a colony, a British Overseas Dependent Territory, at the end of the day it is the Governor and not the ruling Progressive Labour Party, who has the last say.

And the bottom line is – it’s a done deal!

The question is: In the five years ahead, what will the current administration do to ensure that the BPS does in fact ensure that a succession plan leads to the appointment of a Bermudian Commissioner of Police, and not an extension, at the end of the successor’s tenure?