The Progressive Labour Party slammed the brakes on the Senate’s attempt to change legislation over the appointment of staff by Cabinet ministers, in the House of Assembly on Friday.

This after the Senate returned the Premier, Ministers and Opposition Leader Personal Staffs Act to the Lower House earlier this month, claiming the Bill did not go far enough to strengthen good governance.

But PLP MPs supported a bid by Premier David Burt to reject the Senate’s amendments.

The Premier said the changes were “unnecessary” and blasted the Opposition for “throwing” the amendments at the Government without consultation.

Public Works Minister Lieutenant Colonel David Burch took issue with both the One Bermuda Alliance and independent senators who voted in favour of the amendments put forward by Opposition Senator Nick Kempe.

“We are not rejecting good governance. We are rejecting duplicity and conspiracy,” said Colonel Burch.

“If you want good governance, you would have consulted with the government leader in the Senate before you ambushed them on the floor.” 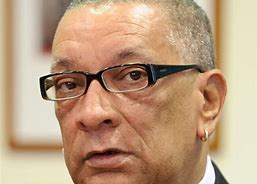 He also accused independent Senator James Jardine of having “an unblemished record of voting with the Opposition”.

“He gives them advice, and I am not going to sit idly by,” said the Minister.

Opposition Leader Craig Cannonier said: “This was simply something we believed to be harmless and in the vein of good governance.

“We thought this would be a good amendment and not egregious duplicity.”

Speaking on the floor of the House, the Premier said: “I find it absolutely, positively rich coming from the Opposition talking about good governance when we are talking about a Bill that for the first time brings to this place public disclosure.”

The Bill, passed in the House last month allows Cabinet Ministers to appoint experts and political advisers, with annual reports to Parliament including the name, job description and pay of everyone appointed from the previous January to December.

Mr Kempe’s amendment would have extended that to include everyone who had been a staff member in the previous fiscal year.

The Opposition Senator claimed the wording of the Bill failed to include people who were appointed two years previously and continued in their roles.

But the Premier told MPs: “I do not consider these amendments necessary at this time.”

If the Opposition wanted amendments they could have tabled them.

In a statement released just before 6pm on Friday, a Cabinet spokeswoman said the Premier “advised” MPs “of the Government’s intention to advance amendments to the Premier and Opposition Leaders Personal Staffs Act 1983, to start the process of building capacity within Ministries by developing a private office function”.

“This, following recommendations of the SAGE Commission and the 2011 Civil Service Review which recommended the creation of a ministerial private office to ‘relieve Permanent Secretaries of the day-to-day tasks associated with Ministers’ needs’.

“Premier Burt introduced the amendments to the Act on 17 May, 2019, and reflecting the changes made, the Act was named, the Premier, Ministers and Opposition Leader Personal Staffs Act 2019.

“The Government amended the Premier and Opposition Leader’s Personal Staff Act to ensure that all staff appointed by Ministers, with the consent by the Premier, by requiring the annual publication of all such appointments with details of remuneration to be tabled in this Honourable House.”

Premier Burt said: “This is in line with our belief in openness and transparency and ensures that going forward all political appointments made by the Premier, Government Ministers or the Opposition Leader are open to the sunshine of public scrutiny.

“The former government had the opportunity to lead on this issue during their tenure and to formally present amendments to the bill during the debate in Parliament. It is unfortunate that they did not. 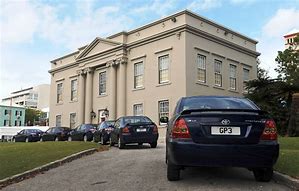 “The most recent amendments presented in the Senate by the Opposition Senators and supported by the independent Senators were neither disclosed nor discussed with Government Senators before the debate as would be expected in the spirit of collaboration and cooperation. One cannot claim ‘good governance’ while springing a parliamentary ambush.”

The Premier continued: “As a point of principle and under the rules of Parliament, we have today rejected the amendments proposed by the Senate.

“Successive PLP Governments have historically led the way on good governance and have helped move Bermuda into the 21stcentury on openness and transparency.

“Requiring Premier, Ministerial and Opposition Leader’s staff to be published on an annual basis is part of the progress we seek in building a more open and transparent government and a better, fairer Bermuda.”

At the end of the day, the Premier’s move to reject the amendments was passed yesterday, with a message attached to the Senate stating that the original Bill would stay as printed. 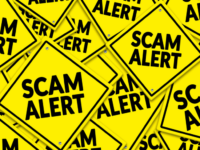 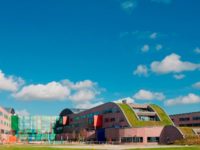 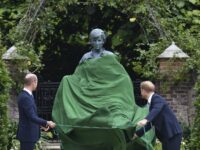