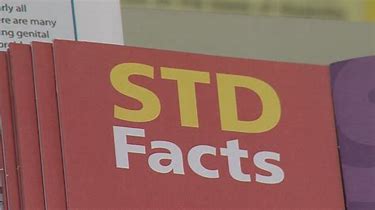 The Ministry of Health is advising the public of a noticeable increase in reported cases of gonorrhea in Bermuda and encouraging everyone to act responsibly, especially during the upcoming holidays.

There have also been increased reports of other sexually transmitted infections including Chlamydia, Herpes, and Syphilis.

The increase in reported gonorrhea cases began in April, with more cases being reported weekly.

As of June 9,  there have been 37 cases of gonorrhea reported. In the last 5 years, an average of 11 cases were reported in the same time period.

Of those reported, the ages range from 17 to 53 years with an average age of 30 years. Around 65% of the reported cases are female. 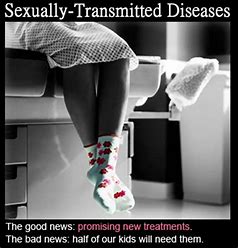 If you notice any symptoms of gonorrhea, or if your partner has an STI or symptoms, both of you should be examined by your doctor. Alternatively, you can visit the Communicable Disease Control Clinic, Department of Health, 67 Victoria Street for free, confidential testing. It is also important to inform all your sexual partners if an infection is confirmed, and encourage them to seek medical advice.

Some men and women with gonorrhea may have no symptoms at all. Symptoms, if experienced, may include:

Gonorrhea can be cured with the right treatment https://www.cdc.gov/std/gonorrhea/treatment.htm. If diagnosed with an STI you must return to your doctor for treatment and notify your sexual partners so that they can be diagnosed and treated, as well. It is vitally important that you take all of the medication your doctor prescribes to cure your infection.

It is becoming harder to treat some gonorrhea, as drug-resistant strains of gonorrhea https://www.cdc.gov/std/gonorrhea/arg/default.htm are increasing. There is evidence that a strain of gonorrhea seen locally may be resistant to treatment by one of the most common antibiotics. If your symptoms continue for more than a few days after receiving treatment, you should return to a health care provider to be checked again.

If you have been diagnosed and treated for gonorrhea, to avoid getting re-infected or spreading gonorrhea to your partner(s), you and your sex partner(s) should avoid having sex until you have each completed treatment. Reinfection is possible.

Call or visit your physician or the Communicable Disease Control Clinic, Department of Health, 67 Victoria Street, Hamilton. Telephone 278-6442 if you have any questions/concerns.
For more information, see www.health.gov.bm/health-data-and-monitoring

Ministry of Health Update: ‘There Are Still No Cases of COVID-19 in Bermuda’