The winners of Bermuda’s ’50 Million Steps Challenge’ won’t be announced until later this month, but according to Health Minister Kim Wilson, local residents have already “surpassed the 50 million steps goals and are on course to reach 100 million”.

Reaffirming her Ministry’s commitment to combatting the scourge of preventable illnesses “on our population”, and Government’s Throne Speech promise to “engage all sectors of society in a coordinated, strategic plan to halt the rise in obesity and diabetes in Bermuda”, Ms Wilson said the ’50 Million Steps’ initiative was first on their agenda. 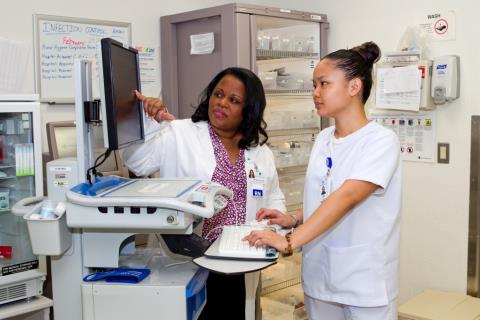 In a Ministerial Statement in the House on Friday, she said: “I think everyone in Bermuda is now fully aware of the damage being caused to our community by our high rates of obesity and chronic non-communicable conditions like diabetes.

“These preventable conditions cut our lives short, are notoriously expensive to treat, and destroy quality of life and productivity. Most Western, high-income countries are grappling with this problem and Bermuda is no different.”

In all seriousness, she told MPs that “Bermuda is at a health crossroads”, now more than ever. According to the latest survey she noted that 75 percent of adults in Bermuda were overweight or obese (40.2% an 34.4%, respectively).

“A concerted effort must be made to decrease these modifiable risk factors – such as overweight and obesity, physical inactivity, poor diet, high blood sugar and high blood pressure.

“It is going to take an all-of-society approach to tackle the obesity epidemic, including the private and public sectors, supermarkets, restaurants, educators and policy makers. All of us are needed to address this very serious health problem,” the Minister said.

The new challenge to boost fitness and mobility was launched by the Department of Health on June 26th, as “an opportunity for residents to improve our island’s health while having fun at the same time”.

“Participants were encouraged to join their parish team and collectively walk 50 million steps. In addition, friendly competition between the nine parish teams was encouraged in order to see which team will be ranked with the highest step average,” said Ms Wilson.

“Team rankings occur when the total number of steps accumulated by all team members per day are added and then divided by the number of team members, to obtain the team’s daily average and thus the team’s overall ranking. The winning parish will be announced at the annual Celebrating Wellness event on Wednesday, 27 September, 2017 at Victoria Park, from 4pm to 8pm. 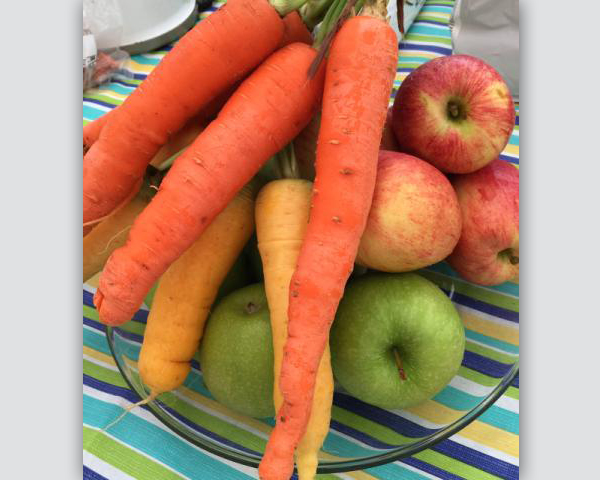 “To date, participants have surpassed the 50 million steps goal and are on course to reach 100 million,” the Minister said. She congratulated the participants have contributed their steps to the original goal. And with a few weeks left in the challenge, she also encouraged her parliamentary colleagues and the public to join in and participate.

The annual Celebrating Wellness event is an outdoor event held to promote “physical activity and healthy eating”. The theme this year “focuses on securing a brighter future for our youth by establishing early positive health behaviours to prevent chronic non-communicable diseases”.

The winning team will receive Outdoor Fitness Equipment to be placed in a designated park in their parish. “Initiatives like this promote the importance of active living,” Ms Wilson said. “Physical activity and healthy eating have long been proven to reduce the risk of chronic non-communicable diseases such as diabetes, heart disease and cancer. Consistent physical activity like walking helps also improve quality of life, mental health and healthy aging.”

Additionally, she said: “Walking is a truly affordable way of improving one’s health. It doesn’t require a gym membership or expensive equipment. Just a pair of shoes.

“On a personal note, I would like to take this opportunity to remind all walkers and joggers to please wear reflective gear while on Bermuda’s roads, especially when there is poor visibility at night. I have personally seen too many walkers in the dark who are not visible until a vehicle is too close,” she said. “Walkers: you can see the cars, but the cars can’t see you without reflective gear. Please wear it.”

She also invited members of the community to join her “in the Bermuda 50 Million Steps Challenge in the final weeks of the competition”.

“You can log your steps via your fitness device, smartphone or manually. Just yesterday, I registered 13,068 steps on my step counter,” she said.

“Sign up and join your Parish team to see who walks the walk around here! I should point out that currently the St George’s Steppers are leading the race in first place, with Pembroke and Paget hot on their heels! But I think all teams would love additional steppers so please join.”

For more information log on to stridekick.com/tc/bermuda or email healthpromotion@gov.bm.

COVID-19: Five New Cases As 2,688 Residents Sign Up To Get The Vaccine

Is It Safe To Get A Flu Shot & A COVID-19 Vaccine At The Same Time? Experts Explain