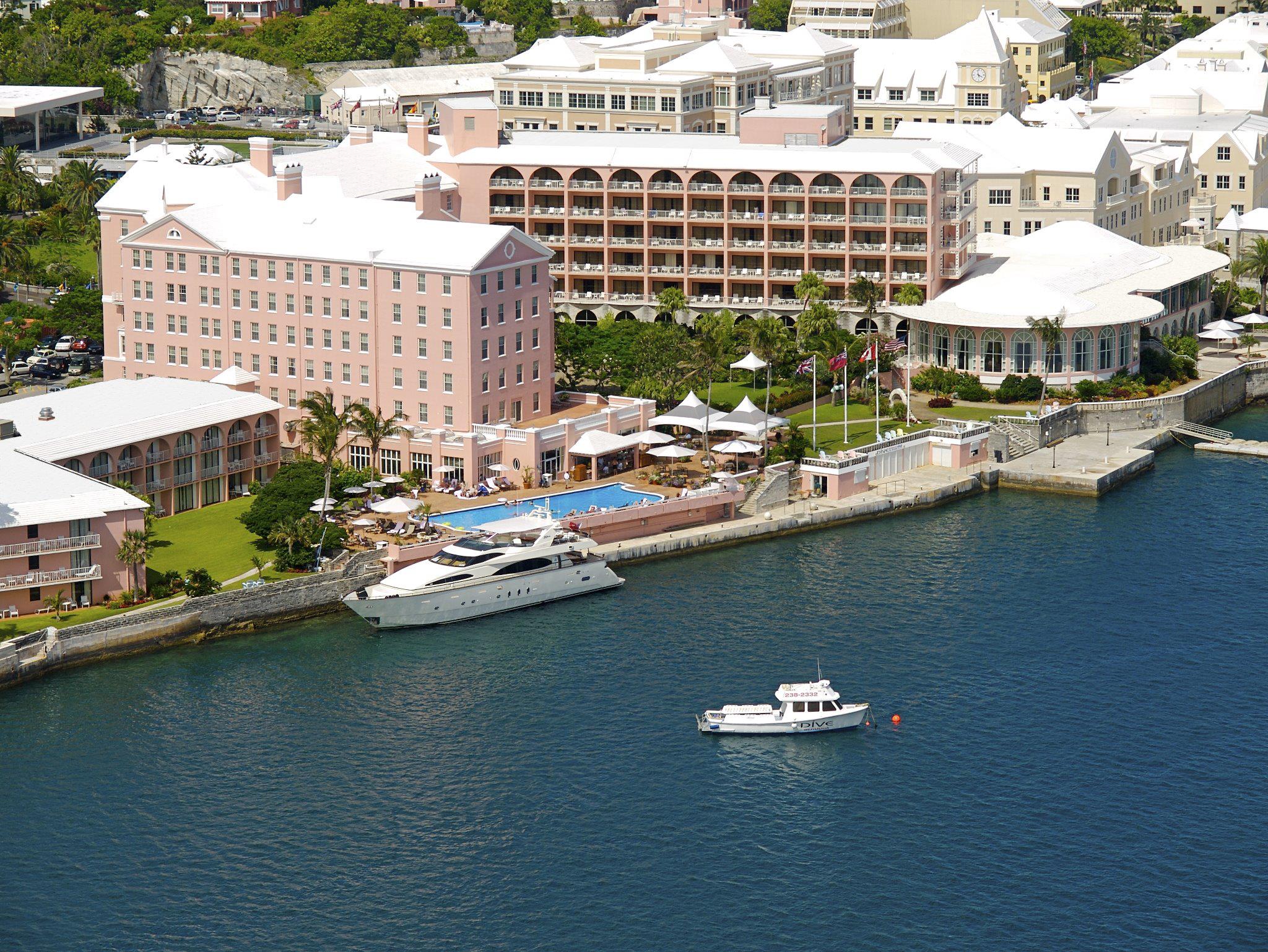 News Release: HAMILTON, Bermuda – The Hamilton Princess & Beach Club has appointed Oliver Godwell to the role of Director of Technical Events, heading up their AV offering.

This move comes as the hotel doubles down on its commitment to establishing itself as the pre-eminent provider of polished virtual, hybrid and socially distanced events by investing in top-of-the-line video conferencing technology. This new equipment means that the Hamilton Princess can offer a wide range of technical events, including: professionally set up webinars, scalable to any audience; hybrid meetings that seamlessly connect participants locally and globally; and creative closed loop video solutions to help navigate gathering limits, quarantines or even corporate policy requirements. Dedicated high speed internet set ups can also be arranged.

The global pandemic has seen an unprecedented boom in virtual and hybrid meetings, from socially distanced weddings to high-powered conferences blending in-person and digital attendees. While many have become adept at handling platforms such as Zoom and Teams by themselves, there is also a greater need and appreciation for polished and professional large scale events. In particular, there is a greater understanding of the importance of high quality audio which the team at the Hamilton Princess specialise in.

In the role of Director of Technical Events, Mr Godwell – a spouse of a Bermudian – will oversee all aspects of Audio Visual (AV) operations, development and strategy at the hotel. A graduate of John Curtin College of the Arts, he began his career as an actor before discovering a passion for stagecraft and lighting design which led to more than 20 years of experience in the AV industry.

Beginning his AV career in Australia, Mr Godwell has worked at the Hamilton Princess & Beach Club since early 2017. Previous career highlights include a long term association with  MicroHire, an Australian AV company, where he worked on events such as the Australian Open and the Australian Good Food and Wine Tour, featuring chefs such as Gordon Ramsey and Ainslie Harriot. He was also employed by AVC Live as the In-House Technical Manager based at Accor’s Hotel ibis London Earls Court ILEC conference center, during the lead up to the Olympics.

Unlike other hotels on the island, Hamilton Princess offers its clients the benefit of a dedicated in-house AV team, who look after all technology needs and are on hand in the run-up to and during the event. Corporate clients benefit being able to integrate their own, secure IT systems with the hotel’s technology, meaning they can feel at ease during their events and have the peace of mind of having an on-site expert to help out wherever needed.

·       A high end, top-of-the-line custom made production computer, featuring vMix software – noted for being both a powerful and versatile production solution. Likened to a ‘studio in a box’. This computer enables the AV team to put out broadcast worthy content – including features such as picture in picture, chyrons and news tickers – and facilitates the combining of multiples streams or feeds into a cohesive broadcast.

‘While many businesses have taken steps to incorporate built-in technology support for their in-house virtual meetings, having a specialised AV team with bespoke solutions, rather than general IT support, is essential. For those important or complex events where things need to run smoothly and everyone needs to be heard clearly, it can make all the difference’

Tim Morrison, General Manager at Hamilton Princess & Beach Club, said: “I am delighted to announce that Oliver Godwell has been promoted to the role of Director of Technical Events at Hamilton Princess & Beach Club. An incredibly knowledgeable technician, Oliver has been with the department since the beginning, and with his unrivalled range of experienced, it has grown into something incredibly special.

‘The pandemic has transformed the landscape of events not only in Bermuda but globally. While social distancing has limited some events, in other ways it has expanded them: events now often include not only those in person here but hundreds more attending virtually.

With the appointment of Oliver and the acquisition of exciting new equipment, we believe Hamilton Princess is the place to be to hold your virtual or hybrid event to high standard and with peace of mind.