Work on the $23 million transformation of the Grand Atlantic housing complex that failed to make an impact on the local market, is scheduled to start next month, adding an estimated 70 new jobs in construction industry.

Public Works Minister Lieutenant-Colonel David Burch, while making the announcement this week, said all of the design work for the project is complete.

“Planning permissions have been obtained, building permits are to be applied for with work on the site anticipated to commence in May of this year.”

Conversion of the Grand Atlantic site into a new mid-market boutique resort; to be renamed The Bermudiana Beach Resort will see the existing 78 two and three bedroom condos transformed into a full-service condo hotel.

The property, which is currently owned by the BHC will be “redeveloped by a wholloy owned subsidiary of the Corporation with expert input from the specialist resort co-developer team”.

“The proposed condominium hotel development is seen to provide the best value for money and was most closely aligned with the Government’s goals for increasing tourism accommodations,” said Col Burch. 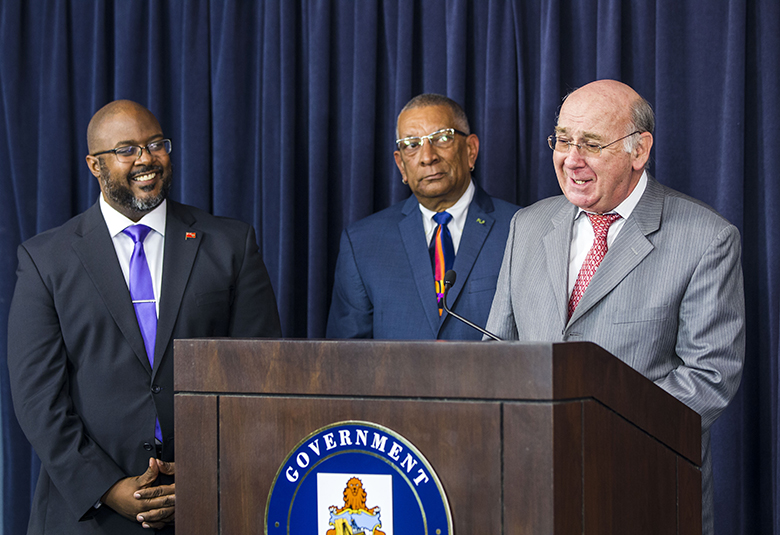 The Minister also noted that the process was “obviously started under the former administration but has been the subject of extensive negotiations over the past seven months to produce a modified business plan that provides greater financial benefit for the Bermuda Housing Corporation in a Co-Developer arrangement and allows for more cost-efficient project financing”.

The co-developer team will “provide the design, project management, operations and marketing experience and resources”.

“Hotel operations input and overall commercial project management is provided by the Caribbean’s largest resort development consultants, MacLellan & Associates, who have also sourced debt financing for the project,” he added.

He was joined by Minister of Tourism and Economic Development, Jamahl Simmons, representatives of the Bermuda Housing Corporation, the Bermuda Tourism Authority and Bermudiana Beach Resorts. 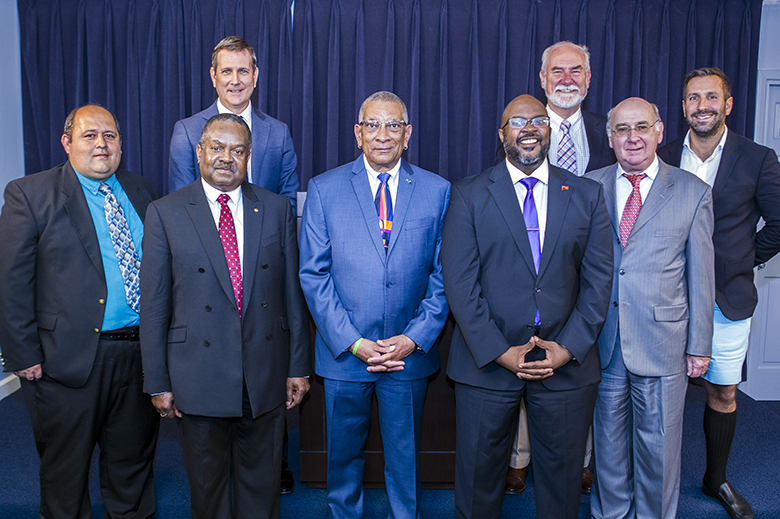 “The majority of the condominiums -71 in number – are being refurbished with new kitchens and bathrooms, additional windows and new floor coverings.

“The condominiums will be marketed as deeded vacation homes on an outright sale basis to individual owners. However, owner usage by condominium buyers is restricted to a maximum 90 nights per year, with the balance of nights available for use as hotel inventory under a mandatory rental programme contract, which shares income between individual owners and the resort operating company.

“Almost 50 percent of the condominiums will be modified to include ‘lock-off’ en-suite bedrooms and thus increase the number of suites and rooms available for hotel accommodations to 105.

“Negotiations are currently being finalized to operate the resort under an international hotel branded franchise which will provide world-wide marketing and reservations systems.”

The planned opening date is April 2020, with the conversion works to be undertaken during 2018 and 2019.

In terms of jobs generated by this project, Col Burch said: “The conversion works is likely to provide 70 construction jobs and, once open, the resort will employ approximately 100 persons.

“Discussions have occurred over several months and I am delighted that we have come to this agreement that will provide a new three star Boutique hotel and the proceeds to BHC will allow the Corporation to clear the debt on this site and have funds and resources to better focus on its core mandate of providing housing for the people of Bermuda,” he added.

Col Burch also commended “both teams at the Housing Corporation ably led by General Manager – Major Barrett Dill and Finance Manager Mark Melo and the Bermuda representatives of the Bermudiana Beach Resorts Colin Campbell of OBMI and Brian Madeiros of Bermuda Realty and of course Robert MacLellan who worked tirelessly to bring this deal to fruition”.

The Minister concluded: “We are confident that the development of this exciting new tourism property will greatly enhance our tourism offerings and we are delighted to partner with Bermudiana Beach Resorts to make it happen.”