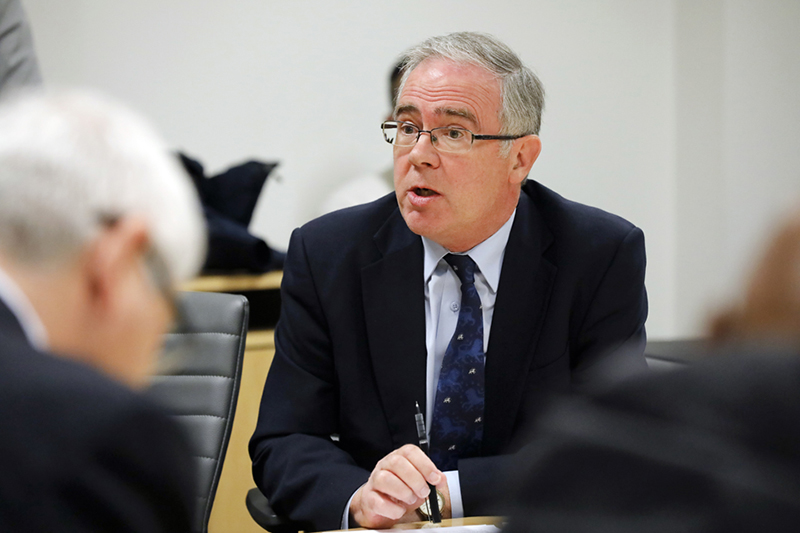 Bermuda’s Governor, John Rankin has confirmed that a British Airways charter flight will be bringing Bermudian students and others home from the UK, before the flight moves on to the Cayman Islands.

Speaking at the latest briefing held on Monday evening at the Cabinet Building, the Governor said: “The Foreign & Commonwealth Office recognizes the importance of helping Bermudian students and others in the UK who want to get back home, so I’m pleased to be able to confirm that the UK Minister for the Overseas Territories Baroness Sugg has today approved an air bridge flight between the UK and the Overseas Territories in this region.

“A British Airways charter flight will come from the UK to Bermuda, and then go on to the Cayman Islands. The precise timing of this flight is still to be confirmed, but it is likely to be in the first half of next week.”

The flight will also carry cargo and supplies.

Premier David Burt has stated that “the Government wants to bring Bermudians home who are stranded due to no fault of their own.

“I think it is important to note, I want to say this because I know there has been public criticism that has been leveled at the government for advertise the fact that we are looking to bring stranded Bermudian students back home,” said Mr Burt.

“I have to state this. I consider it our moral obligation to take care of our persons who are stranded, some of them in very desperate situations.

“Imagine being overseas, your dorm being closed. Persons around you being able to travel home back and you are by yourself. Food service for your dormitory is ending. This is the situation some of our students overseas have found themselves in,” he added.

“However, it should be noted that the Cabinet on Friday decided that any person who is returning back home, in any future air bridge operation from the United Kingdom will be not allowed to self-quarantine but will be required to stay in a government approved quarantine facility.

“Which most likely will be a hotel. So Government approved a Government monitored facility. These are the same arrangements that are being made in other Overseas Territories.”

Police: Man, 26, Injured In Stabbing On Private Boat In Raft Up