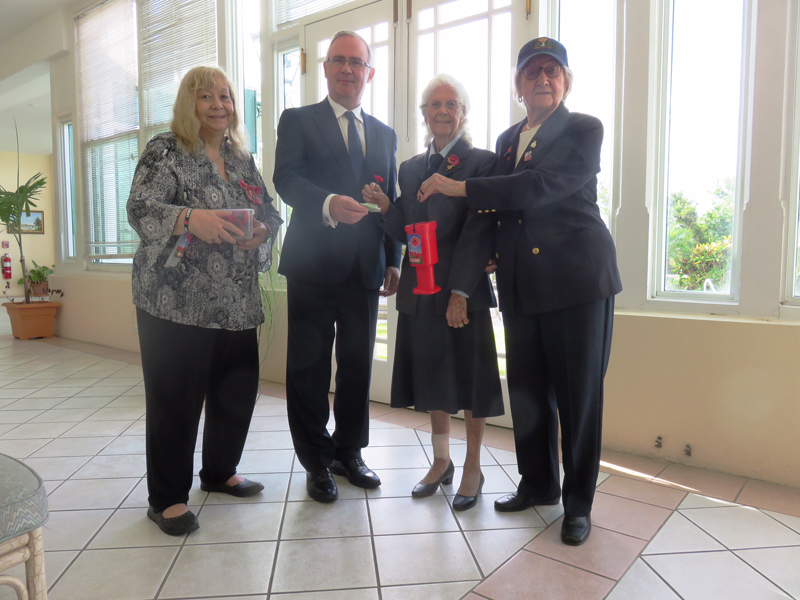 Governor John Rankin launched the annual Poppy Appeal to raise funds for war veterans and their families on Friday, when he bought the first poppy in the 2019 appeal.

The Governor said he was “always pleased to support Poppy Day”.

“Our veterans have given huge service and it’s right both to remember that, but also to assist and support them and all those who have served.”

“We hope Bermuda will never again have to send Armed Forces to war because of the sense of duty and sacrifice of our present and past war veterans,” she added.

The annual Poppy Appeal, inspired by ‘In Flanders Fields’, a poem by World War One Canadian Army surgeon Lieutenant Colonel John McCrae, is used to raise funds for veterans in the run-up to the November 11 Remembrance Day commemoration of all those who fought in conflict or died on active service.

The appeal, backed by the modern-day Royal Bermuda Regiment, whose predecessor units saw action in both World Wars, will hold a tag day in Hamilton on November 6, with Mr Rankin, Lieutenant Alex Gibbs, his Aide-de-Camp, and other soldiers from the Royal Bermuda Regiment on the streets selling the distinctive red poppies alongside civilian volunteers.

Major Ben Beasley, second-in-command of the RBR, said: “Remembrance Day is a poignant event for reverence and solemn reflection on the sacrifice that the generations before us made. 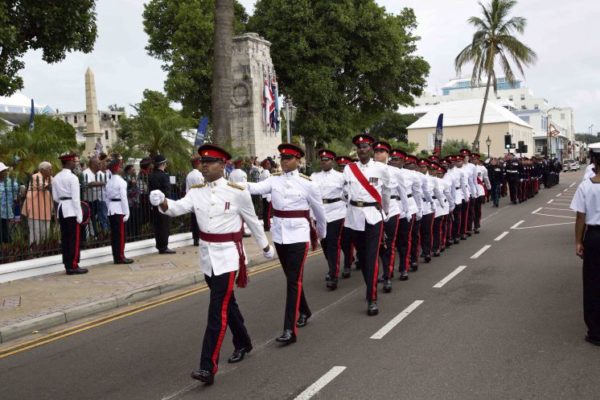 “We enjoy freedoms that were only possible because of those who gave much, and often everything, so many years ago and in conflicts since then.”

Maj Beasley added: “As members of the RBR, we’re honoured to be able to continue the tradition of commemorating those who went before us.”

He said that the RBR had its own tradition of service to others, especially in hurricane relief in Bermuda and abroad.

Maj. Beasley added: “It is also a time to remind ourselves that our duty is to put others’ needs before our own, at home and overseas.”

A special gala concert, featuring the Somerset Brigade Band and guest performers, will also be held at the Anglican Cathedral in Hamilton on November 9.

Concert tickets are available from the Royal Bermuda Regiment headquarters at Warwick Camp or the Bermuda Legion.

Ms Everson said that there were still more than 140 surviving World War Two veterans or widows of veterans in Bermuda who needed extra support as they became increasingly infirm.

She said anyone in need or those who wanted to volunteer as poppy sellers should e-mail nosoldierleftbehind@hotmail.com or phone 703 1020.

Tickets for the concert can be obtained through the same e-mail address and phone number.