The vacant airport runway known as “the finger” will soon be transformed into a six megawatt solar power plant.

The power plant, which is a separate project to the airport, will not offset the airport’s energy use.

According to Mr Roban, the preliminary agreement carries estimate costs of roughly $20 million. 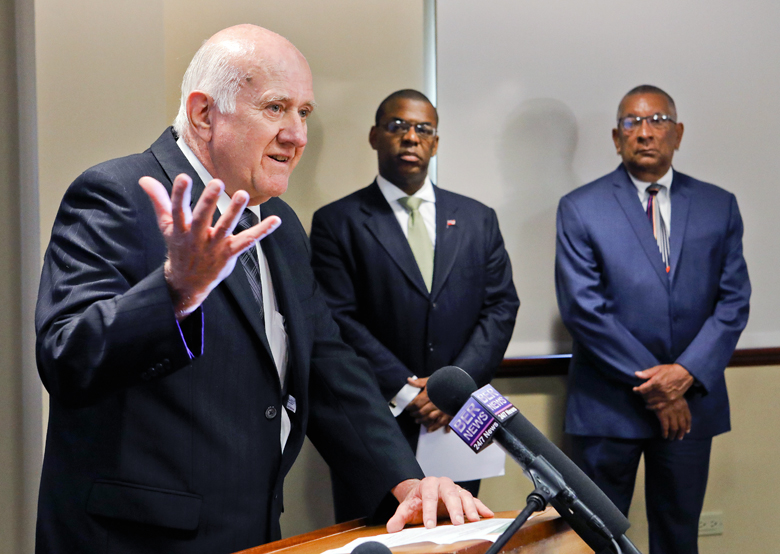 It was also noted that by replacing fuel costs with solar energy, the plant should stabilise part of electricity bills and put roughly $20 million into the island’s economy.

The project is due to start after the peninsula at LF Wade International Airport has been cleared of vegetation.

Following an “intense, transparent and inclusive” selection process, Mr Roban said: “Out of nine candidates, six being Bermudian, Saturn Power came in as the lowest bidder, at 10.3 cents per kilowatt hour.”

It was also agreed that Bermudians will be employed for labour during construction as well as the operations and maintenance personnel post-construction.

The new deal also paves the way for competition on a more “sustainable and sensible” level.

The Bermuda Government will also recoup expenses through rent on the site, at $5,000 per acre.

Scientists: Asian Spider Could Spread To Much Of East Coast

BUEI’s Climate Cinema Screens ‘The Power Of Us’

Rainwater Is Now Unsafe To Drink Worldwide Because Of ‘Forever Chemicals,’ Study Suggests