The Gleaner: KINGSTON, Jamaica – Stanford University Economics Professor, Jamaican Donald Harris, is suggesting that the failure of the Jamaican economy to grow and sustain the level of economic growth necessary to lift the country out of poverty rests largely on a failure of the Government’s management system.

Professor Harris is of the view that the Government’s management guidance system which should be in place to assist businesses, especially small business, has broken down or no longer exists. He cited the lack of implementation and follow through in the public sector as problems plaguing the economy.

He has suggested that given the COVID-19 crisis, there is no better time to rethink and implement new systems, including the reordering of the public sector, to enhance the Jamaican economy.

“The capacity for creativity and entrepreneurship (that exists in the Jamaican people), I believe, is the absolute foundation and the necessary requirement for enhancing the livelihood and well-being of our people. And it is the duty of government to provide the conditions under which this kind of capacity can be expressed and leveraged to produce prosperity for individuals, for business, and for the country as a whole,” he shared with The Sunday Gleaner in a sit-down interview shortly after Jamaica’s third-highest honour, Order of Merit, was bestowed on him at a ceremony at the Jamaican Embassy in Washington, DC.

Among the problem areas for the economy as seen by Professor Harris are the lack of good farm roads to move goods and services; breakdown in basic infrastructure such as water and electricity; failure to expand the tourism sector to incorporate local craft workers and artisans; the scourge of praedial larceny which adversely affects the agricultural sector; and a lack of funding for the informal commercial sector. 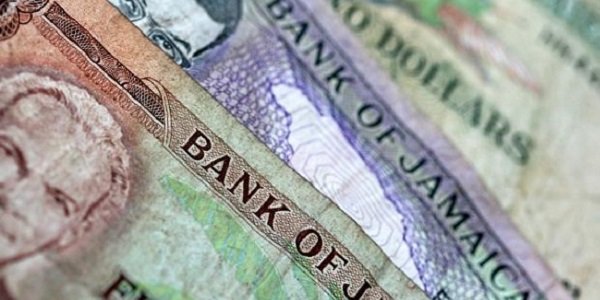 Speaking about the tourism sector, which is the largest generator of foreign exchange for the island, Professor Harris noted that because of the all-inclusive concept of most of the resorts, much of the foreign exchange earned by the industry does not find its way into the wider Jamaican economy.

“Most of this money remains inside the all-inclusive sector which is used to purchase imported foreign goods and services. Things such as furnishings, furniture, sheets and such are imported by the all-inclusive hotels,” noted the father of the United States first female vice president, Kamala Harris.

Pointing to the fact that Jamaica has some of the best furniture makers as well as artisans, Professor Harris questioned why linkages are not made between these hotels and the local manufacturers to supply furniture and other goods such as sheets and pillow cases that are made by Jamaicans.

“In this way, you broaden the reach of the tourism industry into the communities and at the same time provide these manufacturers with the necessary outlets to sell their goods,” he said.

He is also of the opinion that there is a need to get tourists out of the hotels and into the communities where expenditure can take place, bringing earnings to the locals.

Turning to the agricultural sector, Professor Harris is of the view that praedial larceny has stymied investment and innovation in the industry, pointing out that farmers who have been affected are reluctant to invest. He thinks better security systems to halt the spread of praedial larceny is needed if the sector is to grow.

While noting that solving the agriculture issue is complex, Professor Harris, nevertheless, pointed to several areas where improvements could be made to enhance the sector. Among those are better farm roads, the use of technology such as hydroponics, better water supply systems and the necessary guidance from the Government in implementing systems to help farmers, especially small farmers.

“The country needs to have a whole government approach to begin to address the problems,” he said, adding that the entire supply chain is affected because the issues are not addressed.

He noted the mother farm system as a good concept for innovation in the farming sector.