Strong construction work and other driving factors produced the fastest growth in the first quarter of this year since 2015, which saw the gross domestic product (GDP) go up by 3.7 percent, after adjusted for inflation.

Figures released by the Department of Statistics on Thursday showed the GDP was estimated at $1,339.5 million, up by 3.7 percent when compared to the same period last year.

The main driving factor was a $30.9 million increase in gross capital formation, or fixed assets, coupled with construction assets, which rose by 15.6 percent.

Household consumption increased by 0.5 percent to $624 million after adjusting for inflation, with more spent on services like catering services and insurance. But it was also noted that less was spent on motor vehicles in the first quarter of this year.

Government final consumption rose 1.2 percent, due to higher wages and salaries, offset by a reduction in spending on goods and services.

A rise in service exports generated $11.7 million – an increase of 3.8 percent in the net surplus on trade in goods and services, with increased earnings from the export of travel services, legal and accounting services.

Payments for the imports of services rose 1.3 percent due to construction and engineering services. 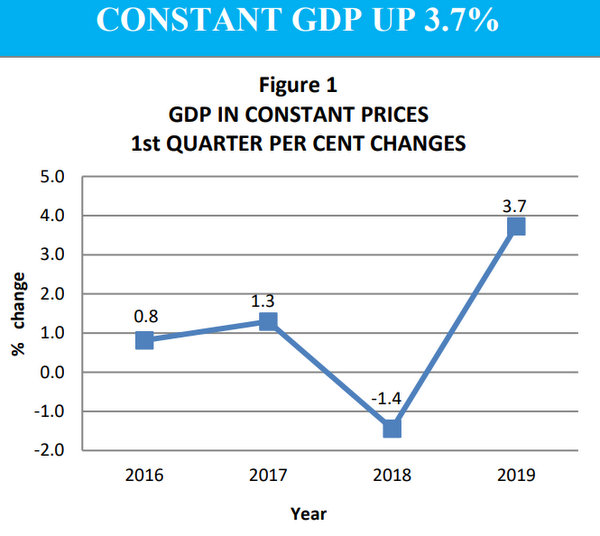