Arnold’s Family Market owner, Frank Arnold has confirmed that he has decided to close three stores as a result of increased operating costs

In a letter posted via social media on Sunday night, he said: “Regretfully, I have made the decision to close three (3) locations due to many factors, along with increased operating costs of running these businesses.”

On the up side, he said: “ALL staff members have been transferred to our three other locations. There are NO job losses due to these closures.

“I would like to THANK ALL our valued customers for your business over the many years at these locations,” he added.

Speculation ran rampant this weekend, when area residents saw Arnold’s in Somerset and the Liquor Store next door, being boarded up early Saturday morning.

Videos began circulating showing the west end store and the store on Front Street boarded up, with truckers moving goods out of stores, after the decision to close was made as of last Friday.

The three other stores are the Maxi Mart at Hog Bay Level, in Sandys, Arnold’s Family Market on St John’s Road in Pembroke, and Arnold’s Discount Warehouse on Ewing Street in Hamilton. 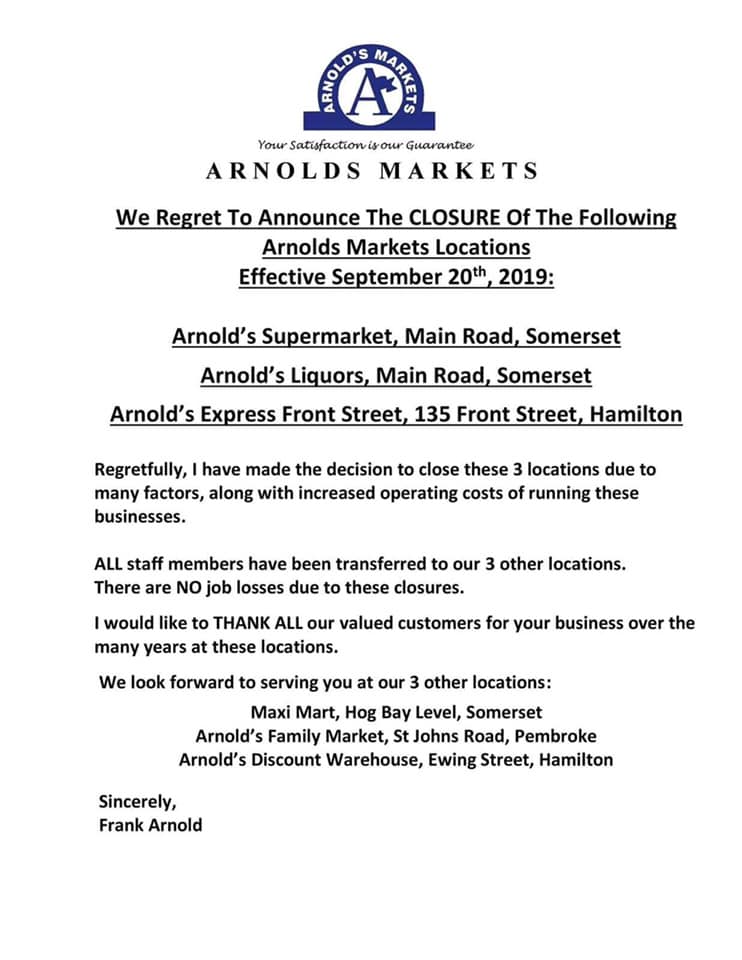