At the final Trustee meeting for 2021 a motion was unanimously passed to recognize Quinn Talbot as Teaching Golf Professional Emeritus an afford him honorary membership at Ocean View to play and ply his trade for as long as he is able or desires.

At 70+ years old Quinn Talbot has taught thousands of golfers, including his top student the  late Madeline Joell – a former Miss Bermuda & Ladies Amateur Champion – who died in 1999 during her first 3 months of being elected to the Bermuda Parliament.

Ironically, the USGA are introducing a National Adaptive Championship for disabled golfers but this comes a little late for Quinn Talbot’s career. Nonetheless, he is a pioneer for all disabled sportspersons globally. In fact, a young Quinn Talbot played outstanding cricket and featured in the Eastern County for his beloved Cleveland County Cricket Club.

Kim Swan JP MP, Chairman of the Consolidated Board of Trustees, himself a Professional Golfer stated:  “We have been well served by Quinn Talbot, he is a renaissance man ahead of his time, another Bermudian who took on the world. Today, it becoming more commonplace to recognize and celebrate diversity, but Quinn Talbot was a trailblazer long before that. It never allowed his circumstances to handicap him – he remains a role model for us all.”

“In addition, he’s another of the exceptional Tuckers Town golfers who came to Ocean View Golf Course. “ 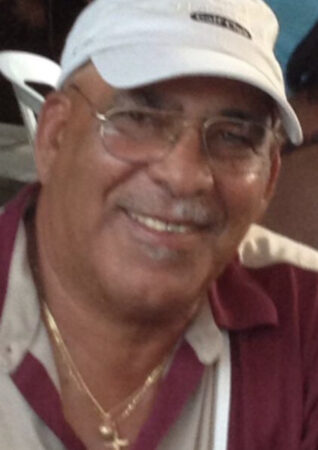 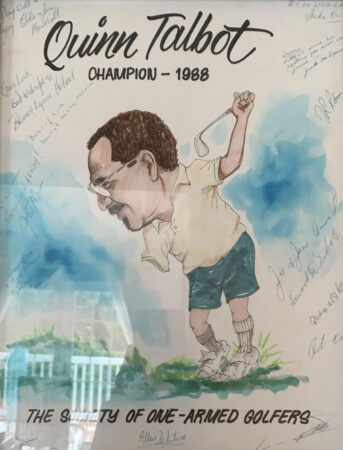