Mr Perot was diagnosed with leukaemia five months ago.

The former US presidential candidate owned a house in Bermuda in Tucker’s Town for decades and visited the island frequently. 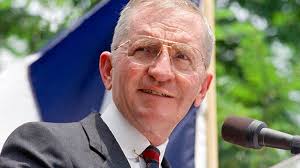 He ran as an independent candidate for president in 1992 and secured 19.7 million votes and ran again four years later and was still unsuccessful in his bid tor the White House.

As founder of Electronic Data Systems Corporation and Perot Systems Corporation, he became the subject of international news headlines when a live coral reef outside his estate in Tucker’s Town was blown up without permission to allow his yacht to be moored closer to his multi-million dollar mansion.

Ultimately, the reef was destroyed after Mr Perot was refused permission to dredge that part of Castle Harbour.

A subsequent investigation by the Government found that Mr Perot  did not know about the 1986 destruction of the reef and had not authorised it.

But Time magazine reported that one of Mr Perot’s senior subcontractors said the billionaire had put on snorkelling gear to watch the drilling and observed the blast from the shore.

Originally from Texas, Mr Perot is survived by his wife Margot and their five children, including Ross Jr, who also owns a home in Tucker’s Town. 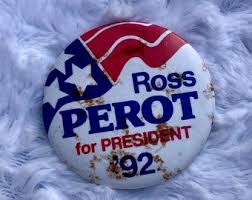 The story, carried internationally with headlines including ‘Perot blasted reef’, published on Monday, July 6, in 1992 by the Independent Reuter news organisation said: “The undeclared US presidential candidate…had part of a Bermuda coral reef blown up in 1986 to dock his yacht at his vacation home.”

The report, quoting the Time magazine article said: “Time said that Bermuda’s Department of the Environment had ruled against Perot’s request to dredge Castle Harbour in front of his house because the area was protected by environmental laws.

“Faced with that denial”, the magazine said “Perot’s contractors realised that any similar request for permission to cut a channel in a nearby coral reef would probably be nixed as well.

“A week later, without filing for a permit, Perot’s construction team blew a section of the reef near his house’,” the article continued.

It was also stated that “the Bermuda government decided the damage was not great and eventually issued Perot a retroactive permit for the dredging ‘on the understanding that Perot would not do any more unauthorised blasting.”

Brooklyn Building Overrun With Rats: ‘At Night They Sound Like They Have A Big Party’

NYC Mayor Adams Vows To Not Be ‘Heavy-Handed’ On Illicit Weed Sales: ‘Enjoy Yourself, Light Up’