Former Premier Dr Ewart Brown has warned that racial tension, and how it divides this country along racial lines, will ultimately bubble over and rip our social fabric apart, if issues on Bermuda’s social-political landscape are left unchecked.

Asked by one caller for his views on “even playing field issues” like the controversial Bermuda Status issue, and how the airport contract “fit into the scheme of frustration in Bermuda today”, Dr Brown said: The gap between the two Bermudas is increasing and nobody can change that but us.”

Another caller asked for his views on the America’s Cup (AC) “taking up a lot of funds when the people are going without”. That caller described the AC as “a huge event” and said most Bermudians know “the host country never makes any money”. Dr Brown noted that the only money to be made will be made by “the ones with the contracts being awarded within the AC”.

The interview with opened with a general discussion on his views on Bermuda’s general state of the health. While noting that professionally, he stopped seeing patients as a physician in 2006, Dr Brown said he was happy to see Bermudian patients paying attention to their cholesterol, what they eat, and how it affects their health.

The positive signs of that change he said represent a clear indication to him that “we’re moving in the right direction”. But he said: “The Bermuda Health Council said Bermuda spent $84 million for 12 months for the people’s healthcare… but spending millions on the AC for eight weeks is more important.” 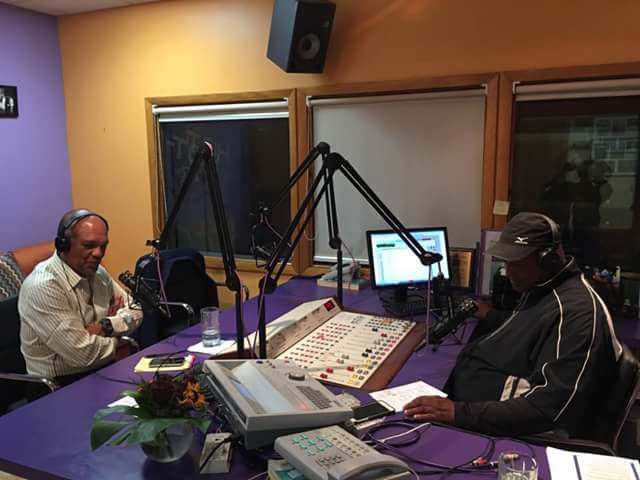 The first caller wanted to know if it was
unprecedented for a Premier to ask someone to remove a comment of a businessman off social media. He was referring to Rick Olson, and wondered why the Premier decided to get involved in it.

Dr Brown questioned the fact that Mr
Olson “still holds a government contract”. “An apology is always welcome, it’s good, but it’s not sufficient. I don’t know why the Premier got involved he could tell you that.” On Mr Olson’s apology, Dr Brown said: “If his businesses were boycotted that will only take jobs from Bermudians, which takes away from the apology – this could be threatening.”

Another caller asked: “When do you think enough is enough while Bermudians remain docile?” Dr Brown replied: “When people reach their limit you will know, but there’s no way to predict when. If black Bermudians are going to share in the wealth of Bermuda it has to start now.” But he said: “In capitalism he who has more wants more,  and it’s difficult for them to say let’s share.”

“The things they said about me were simply designed to defame me and that’s what they (Lahey) said in their response, that it’s a normal arrangement. What bothered the Attorney General was when he saw the numbers. That’s too much money for a Black man and it has bothered him (AG) all his life,” Dr Brown said.

“The AG has taken on an institution that is highly regarded in the world (Lahey). He may be confident but I don’t think he anticpated the response he has had so far.”