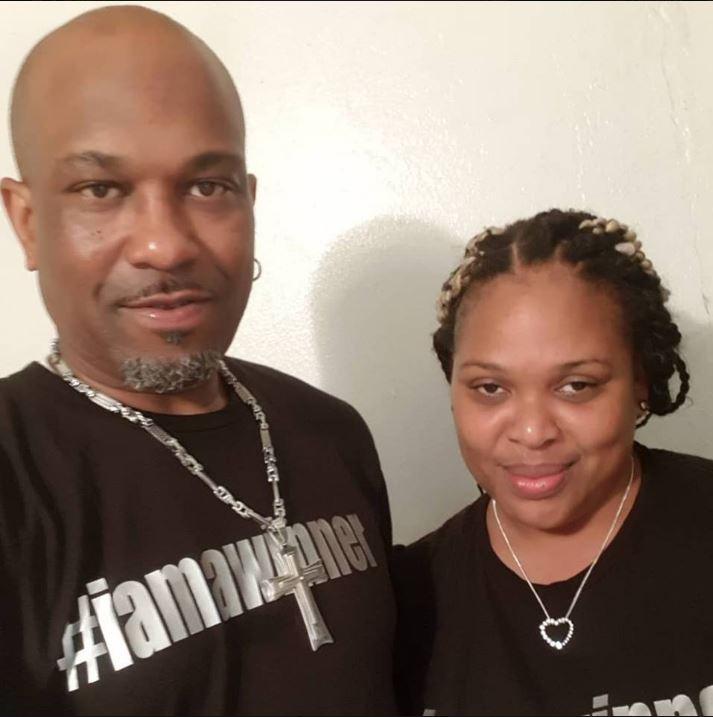 Since January of 2019, the two have been busy recording, and performing, in preparation for the release of the GTyme Live Outta Da Lab Mixtape/Album, featuring Larrita, Brotha Richie & other guest artists, looking to be dropping this summer.

Da Lab Studio, operated by Derek Smith (Sneek Success aka Snake of Nuclear Weapon), has been the place of inspiration, where in the midst of recording songs for her own project, organic connections were made with other artists, and now what started off with one rough cut demo video being sent over Facebook, and getting over 3.000 views in ten days, has grown into several demo videos shot live in studio, reaching over 10,000 views collectively, touching lives in both local and international sectors.

“I would say this project is Urban Inspirational, Hip Hop Soul, Reggae Soul, Real Music with some Island Spice, that a wide demographic will be able to relate to and appreciate,” said Brotha Richie, Executive Producer GTyme Productionz.

‘I’m a Winner’, will be released online, and to various social media, radio stations, and other music platforms here in Bermuda and worldwide on Friday April 19th, 2019 (Good Friday), with appearances scheduled at three events on Good Friday, starting with the Gilbert Lamb Day at St David’s Cricket Field, where Brotha Richie will be kicking off the day with an Inspirational Mix from 11am.
Then at 2pm they will move on to Harrington Sound at the Workman’s Club in Devil’s Hole, before ending up at the Loyal Hill Field Fun Day Events on Good Friday, where they will perform a 30-minute mini showcase alongside DJ Sneek Success.
‘I’m a Winner’ T-shirts will also be on sale soon, and anyone wishing to support the upcoming project can contact Brotha Richie at 703-4896 or brotharichie@gmail.com.

In Recognition of International Women’s Day – #Balanceforbetter by Cindy Swan