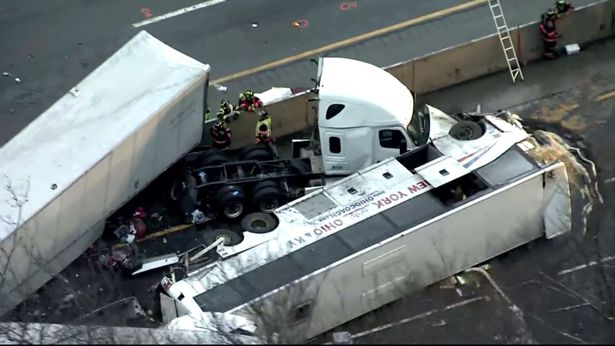 At least five people have died and 60 have been injured in an early morning horror crash involving trucks, cars and a tour bus in Pennsylvania this morning (January 5).