Just one day after OBA MP Jeff Baron said he was stepping down, Dr Gibbons told MPs shortly after the Motion to Adjourn in the House of Assembly last night that “it’s time to go – it’s time to make way for new blood”.

His announcement was met by foot stomping on both sides of the House, with Dr Gibbons fighting to hold back tears at the end of his address in the Lower House, marking the end of a political career spanning 25 years.

As campaign chairman for the United Bermuda Party in 1993, Dr Gibbons was appointed as a senator the following year, with responsibility as Minister of Management and Technology.

He was elected as a Member of Parliament for Paget East that same year.

When the OBA won in 2012, he served as the Minister for Economic Development and also held the education portfolio. 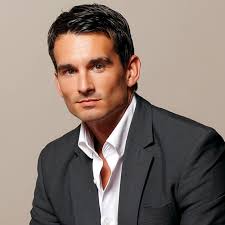 His decision to step out of the political arena was announced just one day after Jeff Baron’s resignation, which follows the resignation of former OBA Senator Nick Kempe in November last year.

“It is with appreciation and sadness that we announce the very well deserved retirement from politics of our colleague The Hon Dr Grant E Gibbons JP, MP,” said Ms Atherden.

“Today’s retirement of Dr. Grant Gibbons is bittersweet. Grant has dedicated countless years of his life to serve Bermuda for the betterment of its entire people.”

She noted that Dr Gibbons “has had an extremely active political career over the past 25 years”.

“He has serviced the country well in various ministerial positions, and as the Opposition leader. His contributions to the Party and the numerous positions he has filled in his official office speaks to his personal character and indelible legacy,” she said.

“Dr Gibbons has also provided public service through his membership on a variety of boards and committees that provided oversight and advice on matters of importance to the country. Most recently as Minister of Economic Development, Dr Gibbons spearheaded the initiative that resulted in Bermuda hosting the America’s Cup, sailing’s most prestigious event, which provided both economic and social opportunity for Bermuda.

“Bermuda and the One Bermuda Alliance family is indebted for his contributions and on behalf of the Party we would like to thank him for his unwavering service to Bermuda. Today’s announcement is reflective of our Party that will continue to empower opportunity by making room for new Bermudian voices to be heard on the front line of politics.

Although Dr. Gibbons is reducing his political exposure, this is not the end of his service to the country. His political footprint, commitment and contributions to the country will therefore continue.
The Hon. Jeanne Atherden JP, MP
Opposition Leader”