Bermuda recorded an eighth road traffic fatality this afternoon that claimed the life of a 21-year-old Southampton woman on Middle Road near Kingdom Hall and Heron Bay Primary School.

Police and Emergency Services personnel were dispatched to a reported two vehicle collision involving a Dunkley’s Dairy truck and a motorcycle shortly after 3pm.

A spokesman said: “The motorcyclist, believed to be a 21-year-old Southampton woman, was seriously injured and rushed to King Edward VII Memorial Hospital via ambulance. However, she was later pronounced dead.

“No further information regarding the deceased will be provided, pending notification of her next of kin.”

As of 6pm police officers were still processing the scene and traffic diversions in the area remained in place.

“Therefore until further notice voters in today’s General Election in Constituency 30, Southampton East Central, that intend on driving to their polling station at the school this evening are advised to take South Road and either turn down Lighthouse Road or travel through the Fairmont Southampton Resort property to access Heron Bay Primary School via Middle Road.

“The patience and cooperation of the motoring public, is appreciated at this time and an update on traffic diversions in the area will be provided in due course,” he added.

“A full investigation into the eighth road fatality for this year is underway and any witnesses are asked to contact Constable Walter Jackson on 247-1230 or e-mail wjackson@bps.bm.” 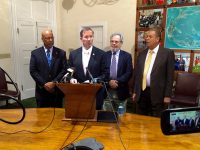 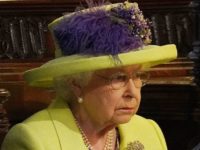 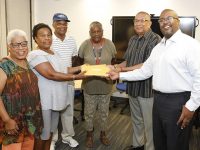