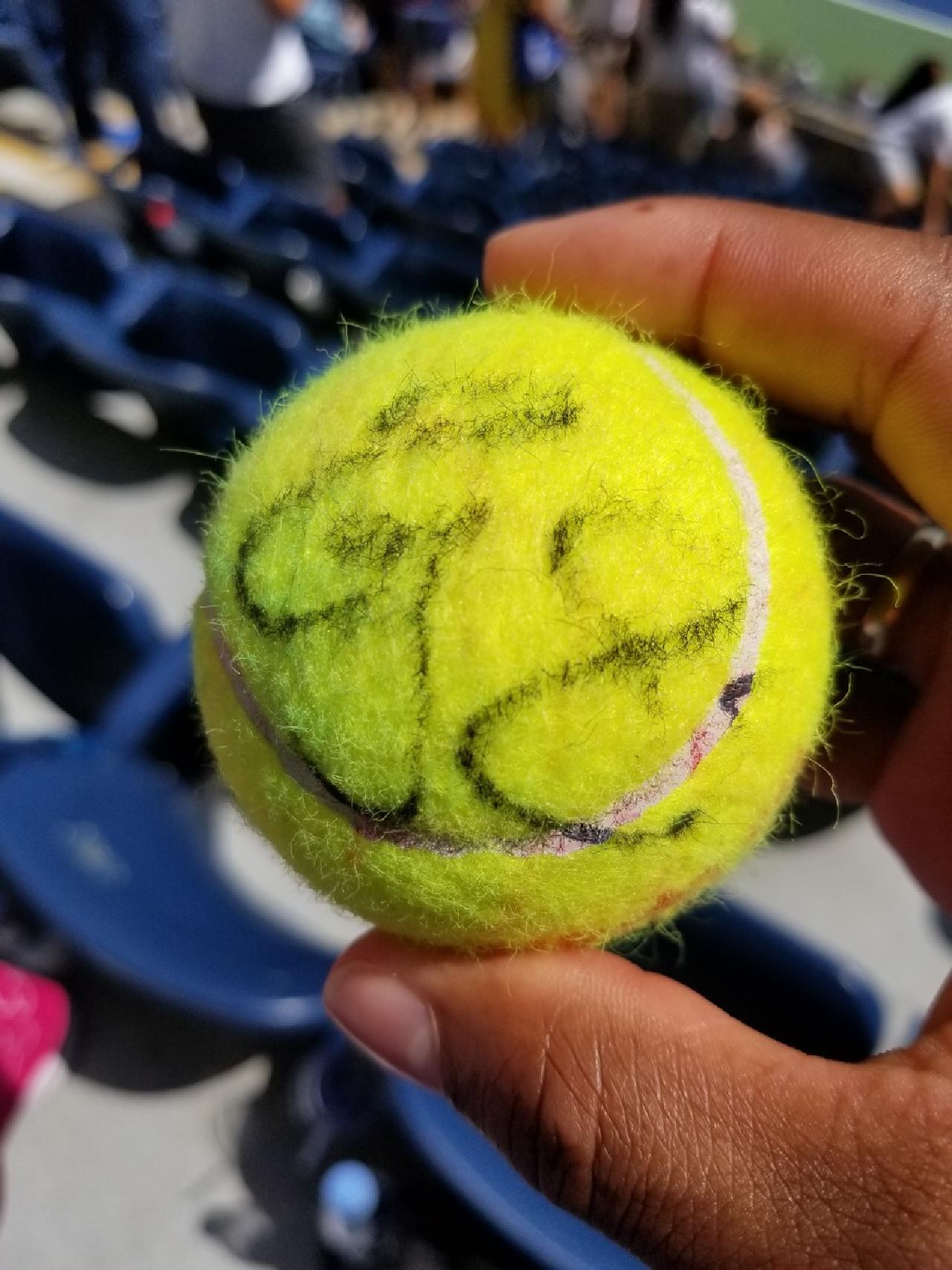 News Release: Hamilton, Bermuda (September 2, 2019)—The wife of Bermuda Tourism Authority Director Joseph Best had her moment in the spotlight at the US Open Tennis Championships when she caught a ball hit into the crowd by Swiss 20-time Grand Slam champion Roger Federer.

Barrister Kimberley Caines-Best, wife of BTA Board member Joseph Best, was a spectator at the match on Sunday in which Federer defeated Belgian David Goffin 6-2, 6-2, 6-0. Asked on court afterwards by an ESPN commentator to choose someone in the crowd and hit a ceremonial ball to them, Federer wowed a packed Arthur Ashe Stadium when he chose a woman waving a bright towel high in the stands—then belted the signed ball directly to her.

“At the end of the game, the interviewer asked Roger if he could hit any target with his signed ball,” explained her husband. “Hearing this, Kimberley started waving the towel she is holding in the picture. Roger saw her, and said, ‘I will hit the ball to the lady with the purple towel.’ He hit the signed ball towards her with exact precision—and we now have an awesome souvenir to remember this weekend.

“Afterwards, so many people came up to us to take pictures of us and the ball. It was amazing!”

Bermuda branding and a Bermuda Booth are prominent on site for the annual Grand Slam event in Flushing Meadows, New York, after the BTA signed a multi-year agreement this year with the United States Tennis Association (USTA) to be the US Open’s exclusive tourism partner. The collaboration will also see a new tournament taking place in Bermuda next spring, featuring a pro-am event as well as exhibitions with tennis legends and rising American players.