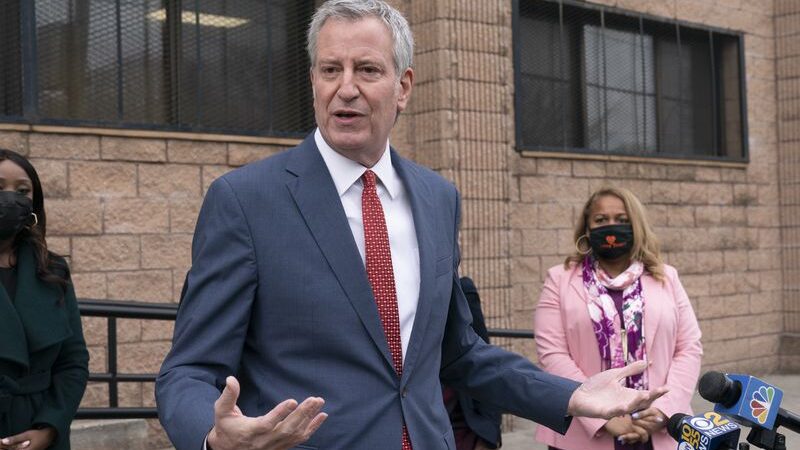 New York Daily News: MANHATTAN, NY – A day after fear-stricken New Yorkers slammed him for denying the anxiety they feel over street violence, Mayor de Blasio walked back his comments, saying he appreciated the chance to “clarify” the statements he made.

On Wednesday, de Blasio fielded questions about fear New Yorkers are experiencing after a 5-year-old girl was grazed in the head with a gunshot in Brooklyn and a tourist caught a stray bullet in Times Square.

“I do not believe New Yorkers are living in fear,” de Blasio said to reporters. “It’s just not who we are.”

Those remarks were quickly met with ridicule, with the mother of the five-year-old shooting victim describing his words as “an empty statement.”

“He’s not really saying anything,” she said. “I don’t really feel safe with shots going off in broad daylight.”

A day later, Hizzoner switched gears and said he didn’t really mean what he said the day before.

“What I was saying … and I appreciate the opportunity to clarify, is New Yorkers — yeah, we have a lot of challenges we have to overcome, but we overcome them,” he said. “Is there anxiety? Of course. Is there fear? Yes. I’m not saying there’s not any. I’m saying New Yorkers don’t get intimidated. We fight back.”

The statements come after citywide shootings spiked 76.8 percent in March, up 99 compared to 56 in March of 2020.

De Blasio acknowledged Thursday that “there are places where there’s too much violence,” but vowed, “we are going to deal with it.”

“It was horrible what happened to that little five-year-old, and thank God she’s going to be okay,” he said. “We went through a horrible, perfect storm last year. Everything that could have gone wrong went wrong at once, whether it was the pandemic, the violence, people losing their jobs, schools being closed — and New Yorkers fought through it.”

He then promised to address “all of these issues.”

“We’re getting out there with more and more gun arrests by the NYPD, and more cooperation with community and police together, and more cure violence and crisis management system,” he said. “We will turn it around.” 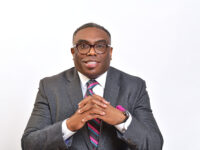