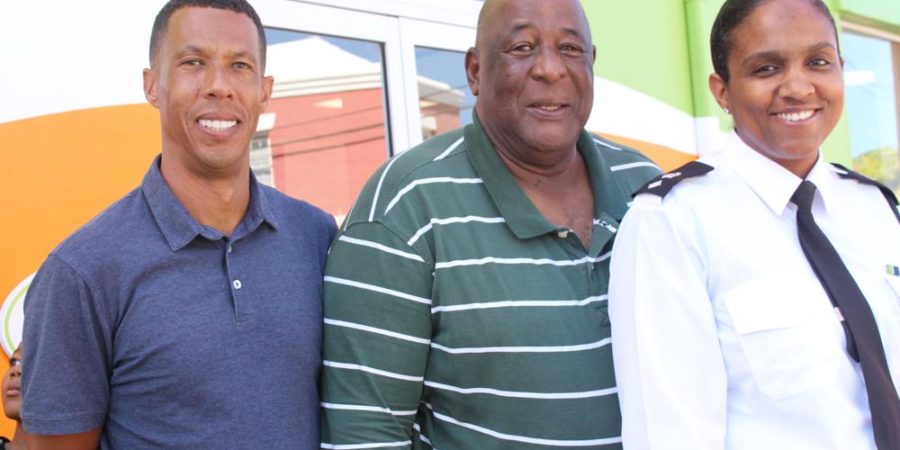 On the Saturday between Good Friday and Easter Sunday, a small group of family members, relatives and friends gathered for the official opening of Mr Chicken in Somerset – the fifth restaurant owned and operated by the Furbert family.

For Beryl and David Furbert, it marked the end of a long road paved with many obstacles before they could join an intimate group of invited guests, to view firsthand, the wall representing the family’s ‘Communitree’ at the new Mr Chicken in Somerset.

Located just inside the front entrance on the left, this wall was specially designed to honour a number of notable figures, who hail from Somerset, for their outstanding contributions to Bermuda and the west end community. 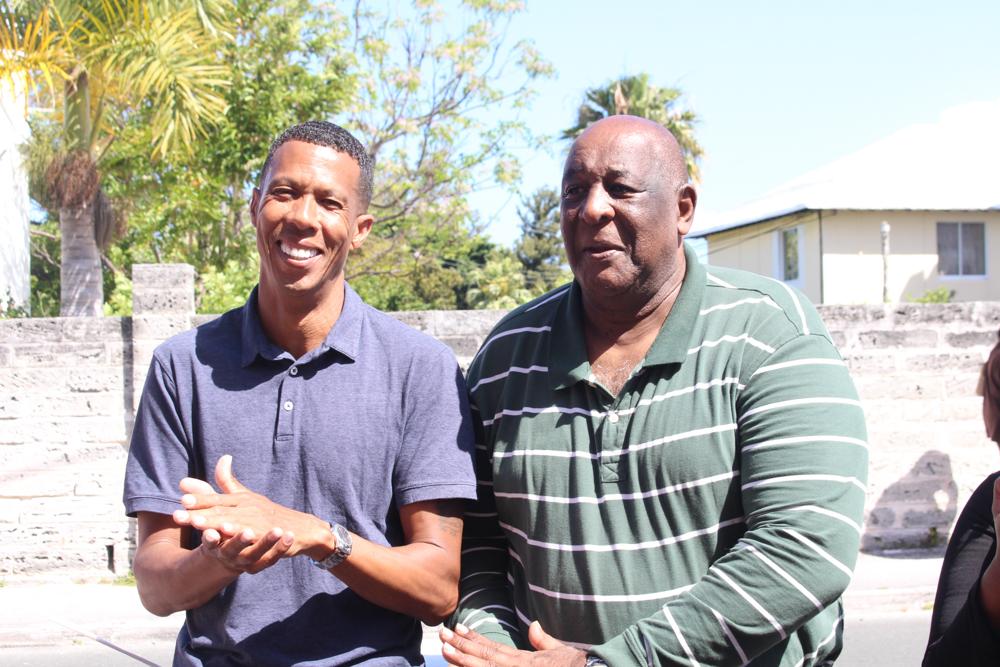 Among them, Bermuda’s own Clyde Best, one of the first black players in First Division football in England, who scored 47 goals as a lead striker for West Ham.

He was joined by Bermuda Day Marathon Man, Jay Donawa, of the Bermuda Fire & Rescue Service, and Na’imah Astwood, the first woman to be promoted to the rank of Superintendent, who is now the highest-ranking female officer with more than 24 years with the Bermuda Police Service.

All three were invited as special guests, with the Reverend Howard Dill, who blessed the building and Progressive Labour Party MP Michael Scott with a host of family members, relatives and friends.

Also invited, a number of local tradesmen including one of the carpenters and several others, who worked to get the west end facility up and running despite the challenges, since the couple purchased the building. 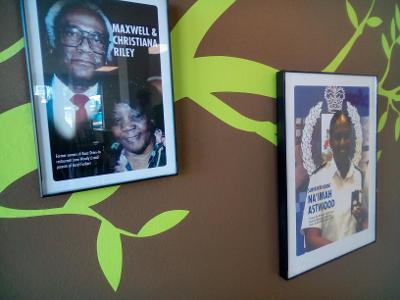 Photos on the ‘Communitree’ include former Commissioner of Police, the late Frederick ‘Penny’ Bean.

And there is a very special photo of the late Mr & Mrs Maxwell and Christiana Riley, beloved parents of Ms Beryl Furbert, who was formerly a Riley.

Mr Furbert noted that his wife’s parents were well known west end entrepreneurs, who ran Woody’s Restaurant nearly 40 years ago, long before entrepreneurship was a buzz word in Bermuda.

And it was fitting to note how history repeats itself, in that even today the Furbert family, remains a family-run business, like the Riley’s ran in Somerset back in day.

All three of the couple’s children pitch in, two from overseas, and one who works locally in Bermuda.

Cleon Furbert, who designed the menu board inside the new facility, also handles the business accounts from abroad.

His brother, Keino Furbert, is an architect, who is a Project Manager at the Bermuda Housing Corporation. He drew up the plans for the new restaurant.

And their sister, Tamara Hammer-Furbert, who is a Montessori school teacher in Florida, handles payroll.

Her mother lamented the fact that her daughter was the only one unable to be there for the opening “because she had to work on Good Friday” in Florida.

That would be the only down side to this very special event in Somerset. Apart from that it was a joyous occasion right before the restaurant officially opened at 11am that Saturday morning.

Since then, the business has been running steady as the fifth Mr Chicken restaurant joins the list of local options.

On behalf of Bermuda Rea 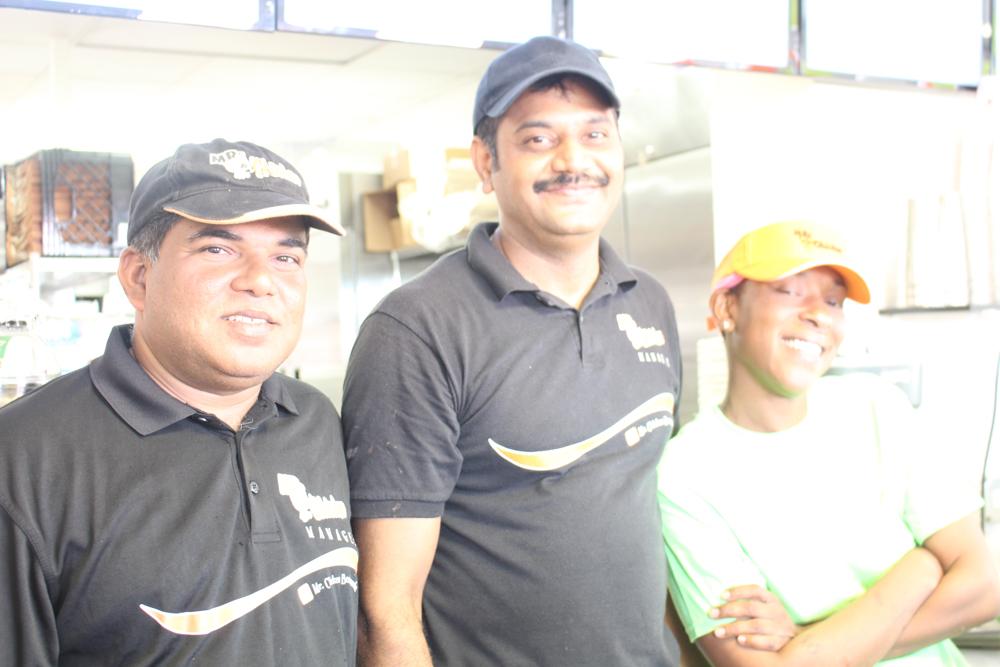 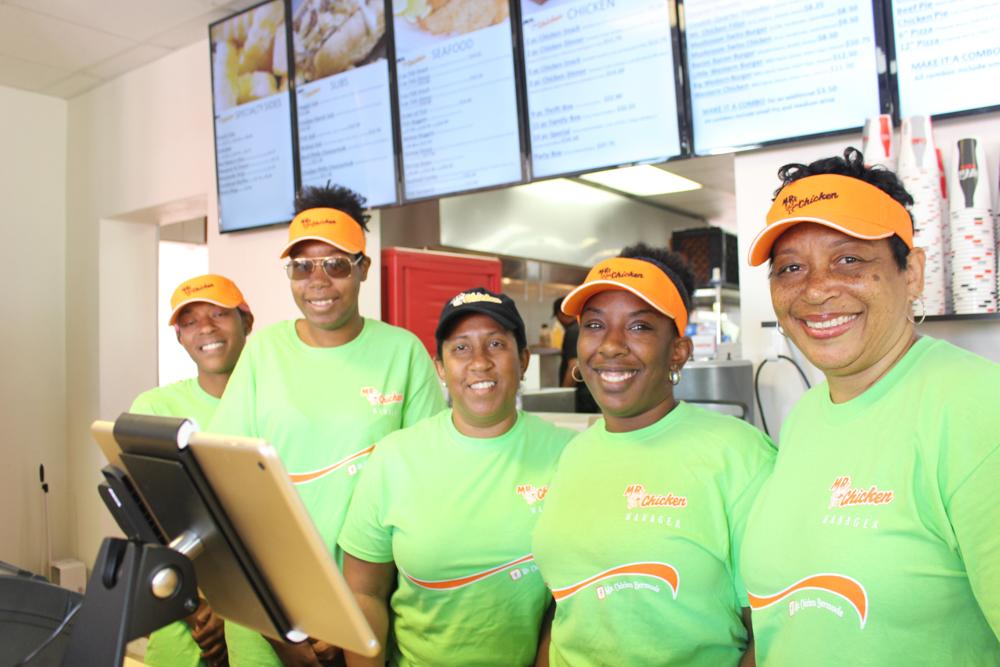 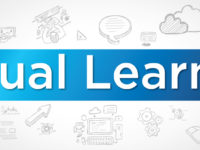 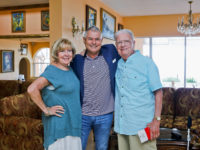 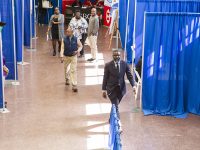