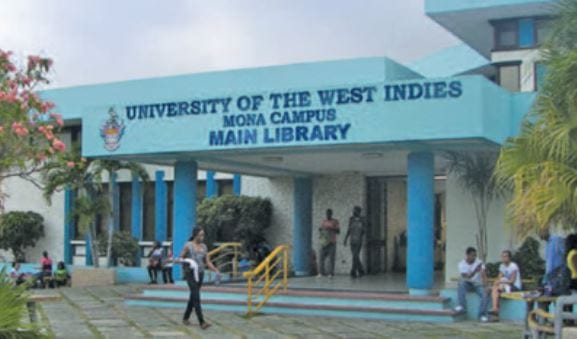 The Gleaner: KINGSTON, JA – For six times less than the amount an average student would pay for tuition at The University of the West Indies (UWI), Mona, in three years, a counterfeit degree can be obtained within days by anyone wishing to bypass the rigours of intellectual discourse of tertiary education.

Fraudsters now have both The UWI and the Caribbean Examinations Council (CXC) worried as the job market tightens and the demand for certification increases.

The Gleaner yesterday obtained the going price list for fake certificates to trick employers that jobseekers are qualified to work as professionals.

According to the information obtained, a fake UWI bachelor’s degree has a going rate of $150,000 while an associate degree can be had for $100,000.

A Caribbean Advance Proficiency Examination certificate as well as Caribbean Secondary Education certificate, which are legitimately issued by the CXC, can be obtained on the black market for $10,000 per subject.

HEART/NSTA Trust certificates range from $25,000 to $35,000 and IELTS – International English Language Testing System – certificates can be obtained for $60,000.

“All documents can be used anywhere in the world and all documents are original and have the seal affixed to it,” a reassuring note from the sellers of the fraudulent degrees stated.

The fraudulent documents are being advertised on social media as well as websites, with claims being made that connections deep in the institutions allow the process to take place seamlessly.

But monies have to be first wired to a bank account with a requirement of a photo showing the transaction reference number being sent to the those running the scheme.

Chairman of the University Council of Jamaica (UCJ), Professor Errol Morrison, told The Gleaner yesterday that while the practice is not new, fraudsters are becoming technically advanced.

“When you look at some of these certificates, they look just like the real ones,” he noted.

“That is what you call academic scamming,” Morrison said as he chided those engaged in the practice.

“If students are going to get a UWI degree online for that sort of a thing and they know they haven’t done the requisite course of study, it should say to them, there is a red flag. If they go ahead and acquire the degree without their studies, they, too, are complicit,” Morrison argued.

Morrison cautioned those who might be tempted to obtain one of the fraudulent documents.

“No pain, no gain! Going for this easy fix, it is a dishonest route which will certainly come to light at some point,” he said.

Morrison told The Gleaner that even with tertiary students themselves, false degrees are being presented, fooling university administrators in some instances.

“Students apply for graduate degree programmes and come with false first degrees. Even or own (academic) institutions are caught now and then,” Morrison stated.

Morrison cautioned employers to be on the lookout and use the avenues available to them to verify documents jobseekers are presenting to them.

“They are downright dishonest, and I don’t think there is enough legal teeth in that yet. I don’t know to what extent the law would come in to make that a criminal activity but certainly it is beyond the realm of corruption,” Morrison told The Gleaner yesterday.

Morrison said it was not uncommon that employers abroad would write to the UCJ seeking to verify information.

In a release to the media yesterday, The UWI urged said those who come into possession of the counterfeit documents to report the matter to the Fraud Unit of the Jamaica Constabulary Force.

All certificates conferred by the university have security features to guarantee authenticity, The UWI said.

“We encourage any organisation in doubt of the legitimacy of degrees or certificates to contact our Examinations Sections for verification of same,” the St Andrew-based institution said.

Police Update On Traffic Diversions At Scene Of Fatal Accident