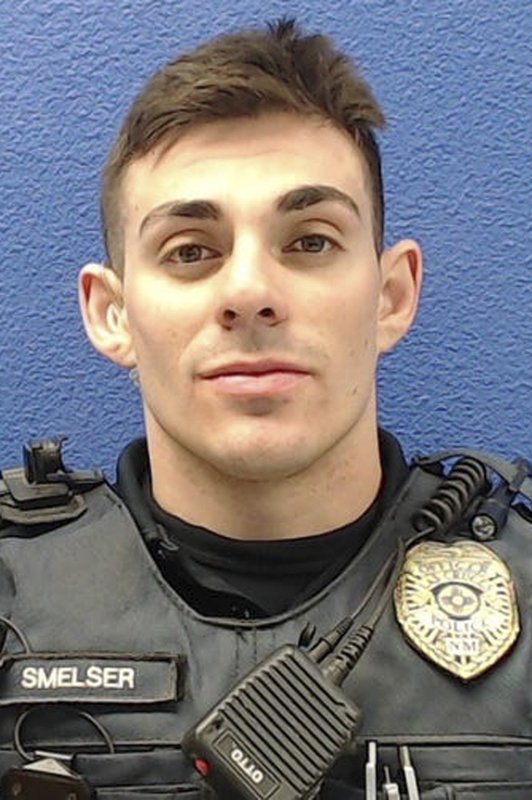 Associated Press: RIO RANCHO, NM — A former police officer in New Mexico was charged Thursday with second-degree murder after authorities said he killed a Latino detainee he had placed in a chokehold.

Police say Smelser applied the chokehold after a foot chase in February when Valenzuela fled during a traffic stop.

After the chase, Smelser can be heard on police video saying, “I’m going to (expletive) choke you out, bro.”

Valenzuela was pronounced dead at the scene. The coroner determined he died from asphyxial injuries.

Smelser, who is white, was initially charged with manslaughter and later fired.

In a statement, Balderas said he was taking over the prosecution of Smelser from the Third Judicial District Attorney’s office in Las Cruces and “focusing on appropriate charges for violent and dangerous chokeholds.”

“Officer Smelser used a technique that was sanctioned by the department. He was trained in the technique. And of a sudden it’s banned after and he’s a criminal,” Orlando told The Associated Press.

The revised charge came as Black Lives Matter protests have swept the nation in the wake of the police killing of George Floyd in Minneapolis. Demonstrators have put pressure on police departments to change policies involving the use of force and interactions with Black, Latino and Native American residents.

The death of Valenzuela generated similar protests in Las Cruces, just 46 miles north of the Mexico border. Family members of Valenzuela had called for an upgraded charge against Smelser.

Some protesters said the killing illustrated the violence some Mexican Americans face from police and compared it to Floyd’s killing.

Last month, Balderas called for uniform use of force policies that would be codified in state law to require body cameras and ban chokeholds, among other things.

As chairman of the state Law Enforcement Academy Board, Balderas in 2016 called on a committee of experts to review how each of New Mexico’s municipal and county law enforcement agencies investigates the use of deadly force by their own officers.

At the time, the Santa Fe New Mexican reported that the move seemed to offer the prospect of establishing a statewide standard for handling shootings by police.

A report with recommendations was drafted in 2017 but failed to gain traction as many police departments said a year later that they hadn’t even received the policy recommendations.

US Urges Canada To Use Federal Powers To End Bridge Blockade