Looters from rebel Tigrayan forces held aid staff at gunpoint in the town of Kombolcha, the United Nations said.

They stole large quantities of essential food supplies – including some for malnourished children.

Northern Ethiopia is facing mass starvation amid an ongoing civil war between Tigrayan and government forces.

After more than a year of fighting, more than nine million people are in need of critical food supplies in the Tigray, Amhara and Afar regions, the UN says.

A spokesman for the UN, which runs the WFP, said its staff there had faced “extreme intimidation” during days of looting in the industrial hub of Kombolcha in Amhara. 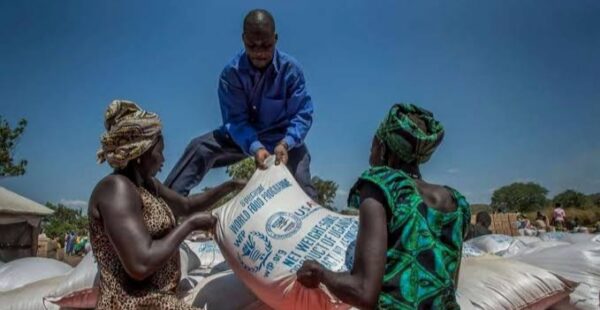 He added: “Such harassment of humanitarian staff by armed forces is unacceptable. It undermines the ability of the United Nations and all of our humanitarian partners to deliver assistance when it is most needed.”

The spokesman also accused military personnel of commandeering three WFP humanitarian trucks and using them for their own purposes.

That led to the decision to halt food distribution in Kombolcha and nearby Dessie, two strategic towns in Amhara that sit on the road to the capital Addis Ababa. The Tigrayan rebels have not commented on the allegations that their fighters stole food aid.

The Ethiopian government recently announced that it had recaptured the towns from the Tigray rebels. But the rebels said the army had only recovered areas they had abandoned.

The conflict has killed thousands of people, displaced more than two million and driven hundreds of thousands into famine-like conditions, according to UN figures.

The UN has encountered huge obstacles delivering aid to the affected areas, while there has been a communications blackout in Tigray so it is impossible to know the true scale of the suffering. 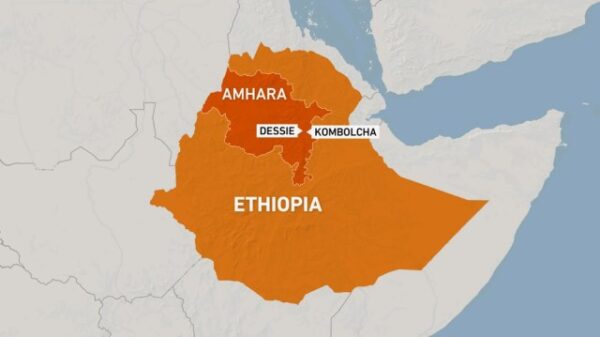 Nearly 200 children under the age of five died of starvation in 14 hospitals in Tigray between late June and October, according to the AFP news agency quoting data collected by doctors and researchers in Tigray.

Between 16 percent and 28 percent of children in the three regions were malnourished, the UN said in a statement last month.

Even more alarming, up to 50 percent of pregnant and breastfeeding women screened in Amhara and Tigray were also found to be malnourished, it added.

Fighting broke out over a year ago between government troops and the Tigray People’s Liberation Front (TPLF), which dominated Ethiopia for decades and now controls most of Tigray.

Prime Minister Abiy Ahmed sent troops into the Tigray region to quash the TPLF after he said it had attacked army camps.

But the rebels mounted a comeback, recapturing most of Tigray and advancing into the neighbouring regions of Amhara and Afar.

He called on both sides to negotiate an end to the conflict and allow aid to reach those in need.

This is yet another example of the dangerous environment humanitarian workers have to operate under in Ethiopia.

Since the beginning of the conflict a year ago, 28 humanitarians have been killed, making the country one of the most dangerous for aid workers, according to the UN.

Then there’s the red tape. For months now, aid agencies have been pleading with the Ethiopian government to cut bureaucracy and allow more humanitarian access.

But so far only a fraction of what is urgently needed is getting to people in the Amhara, Afar and Tigray regions. At least 100 trucks are required in these regions daily – but only a trickle is arriving there despite millions starving.

Aid agencies are also facing fuel and cash shortages, which they need to continue operations.

This suspension will no doubt exacerbate the worsening humanitarian crisis.

Already 400,000 people are living in famine-like conditions and if the forced suspension is prolonged, this will lead to a humanitarian catastrophe.