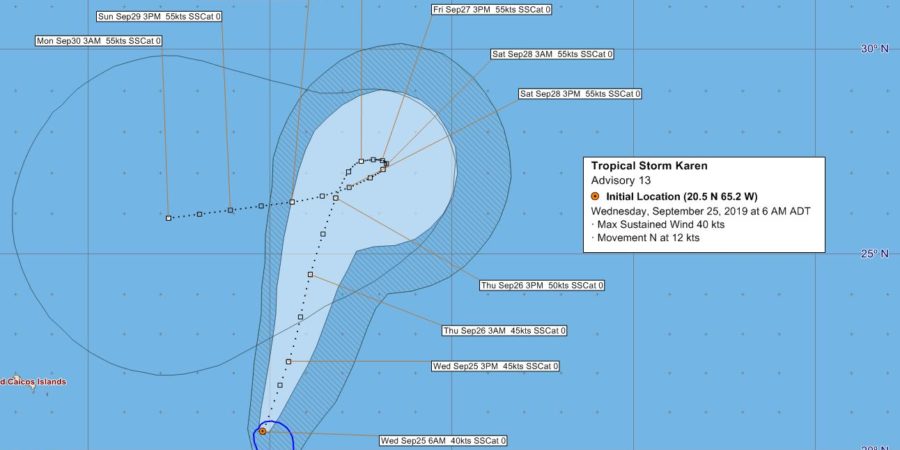 This morning, the Bermuda Police Service reported they received no calls and there were no road obstructions overnight as a result of winds associated with Tropical Storm Jerry.
Based on the forecast from the Bermuda Weather Service late last night, the emergency teams that were on stand by to deal with storm related issues were sent home.
Two schools that didn’t have electricity yesterday, Francis Pa”on Primary School and Gilbert Institute now have power and will reopen as normal today.
Tropical Storm Jerry’s closest point of approach will be 11pm tonight.
The onset of tropical storm force winds will be felt at about 4pm. I encourage everyone to move about the island with caution during the increased winds which are expected to start this a(ernoon and end about 2am.
Today – Wednesday – it will be business as usual.