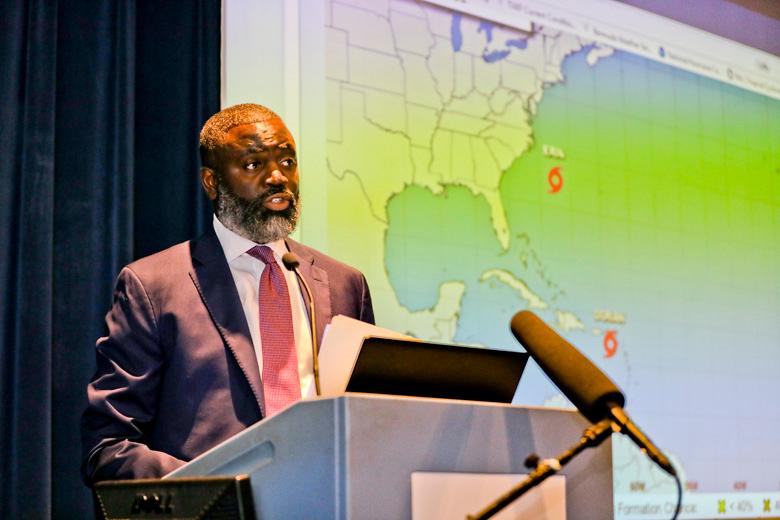 Following a full assessment of the island’s roads today, the Emergency Measures Organisation (EMO) confirmed tonight that “in the interest of public safety”, the bus service will not run on Friday, September 20, as the cleanup behind Humberto continues.

A spokeswoman said the decision was made “due to the amount of debris and downed utility lines on a number of routes”.

“The decision was also taken due to the fact that the Palmetto Road Department of Transportation (DPT) Bus Depot is without electricity. A further update regarding the bus service will be provided tomorrow (Friday) afternoon,” she added.

“We are working around the clock to ensure that Bermuda is up and running again. We know that there are a significant number of those still without power and Belco crews are hard at work trying to restore residences and businesses. One of the buildings currently without power is the DPT bus depot,” he said.

“Also there is a considerable health and safety concern with our roads, so a decision has been made to not run the service tomorrow. We will advise the public once we have the service up and running again, even if it is a limited service.

Lastly as we noted our roads still have a good amount of debris, foliage and downed utility lines on them, so we need people to stay off the roads this evening.

“Yes, Humberto was a dangerous hurricane that has left us dealing with property damage, blocked roads and a loss of electricity; all things that can be replaced and restored. But a person’s safety is not something that should be taken lightly.

“So we are imploring motorists to use good judgment and common sense and please stay off the roads tonight. Please let BELCO and our work crews do the work that’s needed to get our thoroughfares fully cleared. I will hold an executive meeting tomorrow morning, where we will further assess the bus routes. We will provide an update to the public later on Friday.”