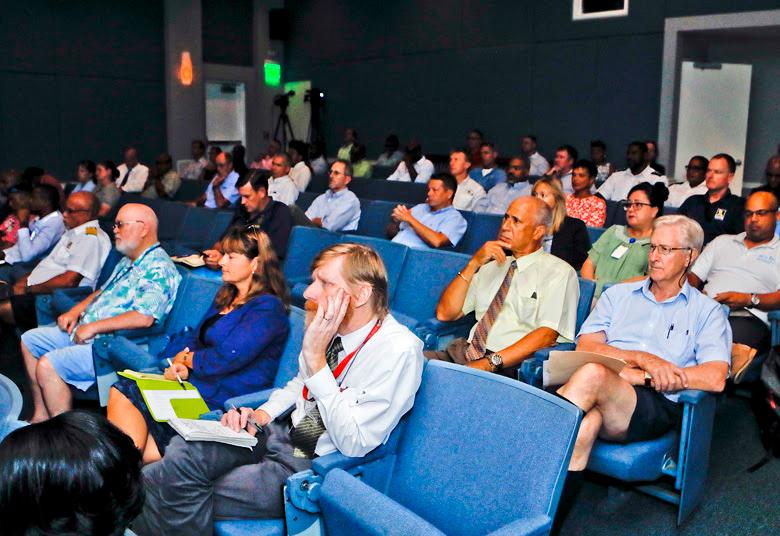 News Release: Hamilton, Bermuda – A general agency meeting was held yesterday ( August 28) at BUEI for the more than 65 agencies that are members of the Emergency Measures Organisation (EMO) to provide an update on the latest hurricane forecast for this season and some of the web tools that are available on the Bermuda Weather Service website.

The meeting was opened by the National Disaster Coordinator, Steve Cosham, with keynotes given by the Chair of the EMO, the Minister of National Security,  Wayne Caines.

Minister Caines invited members of the Disaster Risk, Reduction and Mitigation Team onto stage to be recognised for the planning work they have completed for the various hazards that face Bermuda.

An understanding of tropical cyclone development and characteristics was presented by Michelle Pitcher, the Deputy Director of the Bermuda Weather Service (BWS), and an overview of the latest hurricane prediction was presented by James Dodgson, the Director of the BWS.  This year the forecast is for a slightly above average hurricane season with 13 named storms, six hurricanes and three major hurricanes being predicted. The public is reminded of the five themes of hurricane preparedness: 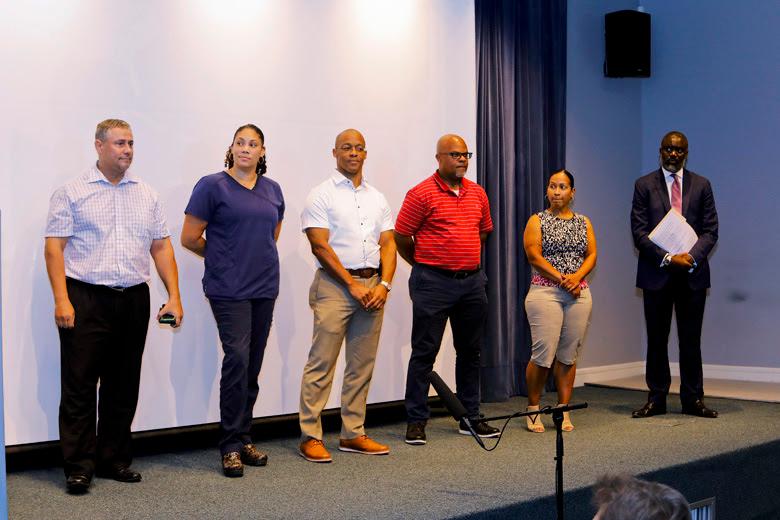 The final presenter was Aderonke Bademosi-Wilson who gave an overview of the new Government alert application called Treefrog. The Treefrog app which is available from Google Play and the App Store is free to download and enables user’s to receive a variety of Government news and alerts as they are published. The user can customise the content with one exception, and that is the Public Safety alerts. These alerts will be sent to all subscribers, including EMO alerts.