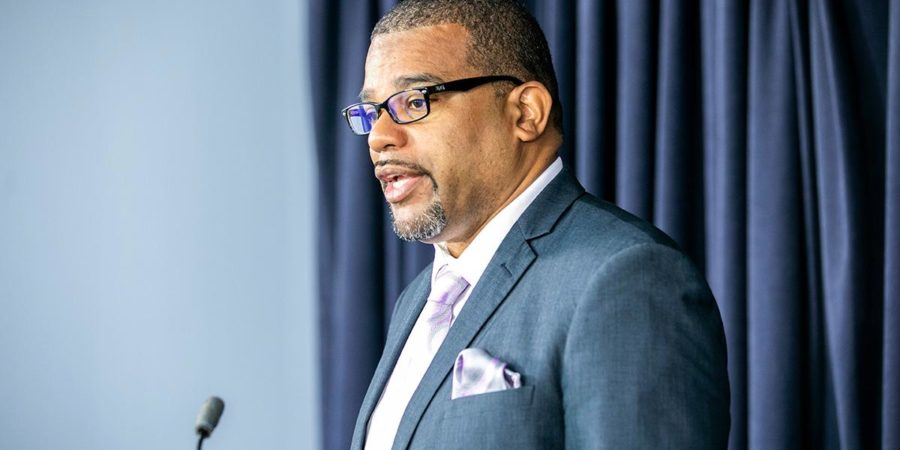 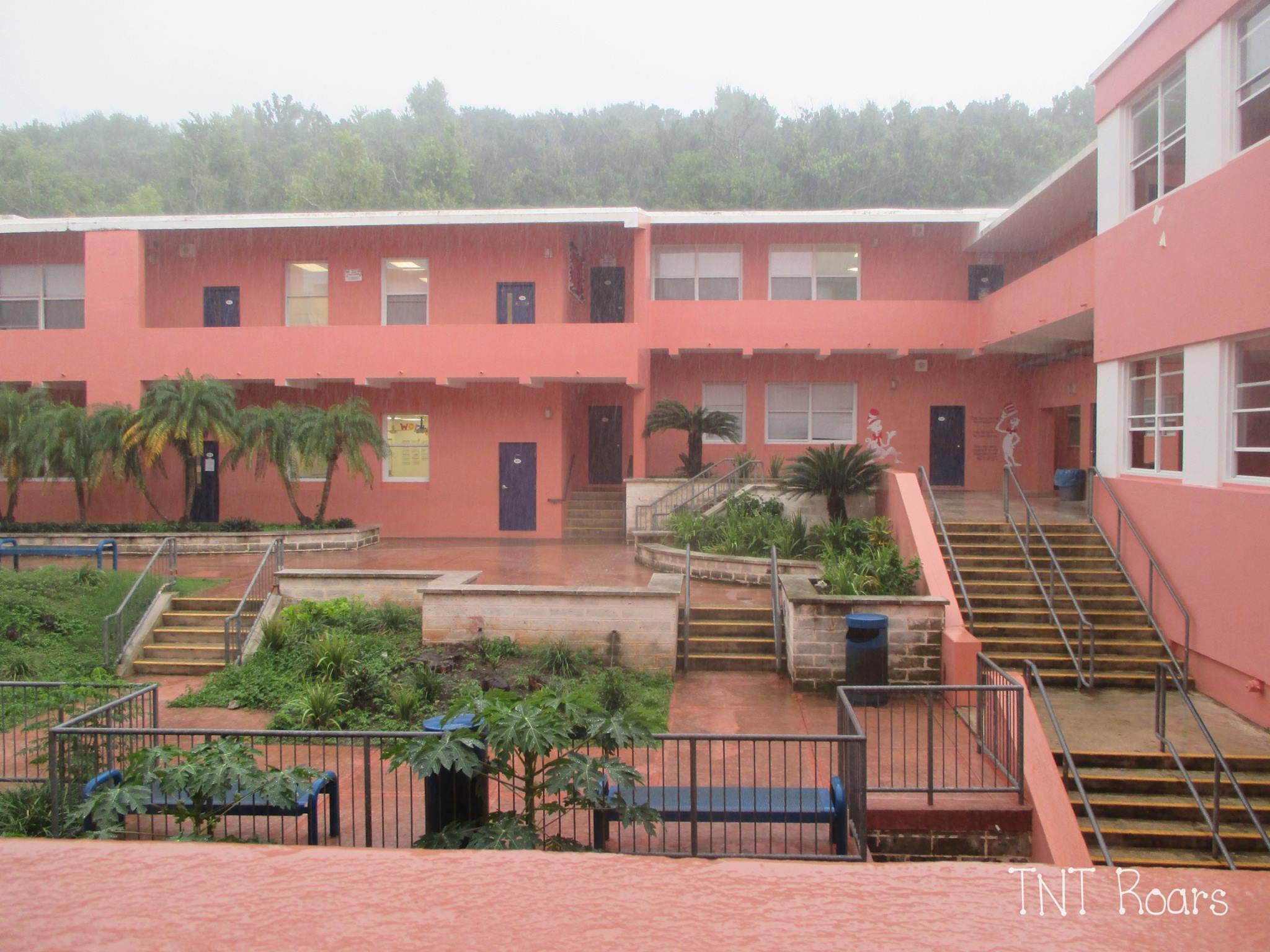 A full assessment is now underway at TN Tatem Middle School “to determine the extent of the repairs and maintenance that is required to get the school up to standard”.
Now that all TN Tatem students are “now officially transferred to Sandy’s Secondary, Dellwood and Whitney Institute Middle Schools”, Education Minister Diallo Rabain said “staff have been redeployed to the same middle schools and the Principal continues to supervise staff and students at their respective sites”.
“Once that assessment is complete, I will update parents on whether TN Tatem will reopen in September 2019,” said Mr Rabain.
“I made a commitment to inform all stakeholders about this before the end of school term 3, and I will honour that commitment.”

Speaking at a news conference held on Wednesday, the Minister also stated that “the Department of Education has received responses for the RFQ for a Communications Consultant for the Bermuda Public School System”.

“The panel which has been selected to review and assess submissions will have a recommendation available by early June 2019.

“The hiring of a Communications Consultant is in alignment with Plan 2022, Priority 5, Strategy 5.3.1 – Ensuring system success by strengthening external community and engagement,” he added.

Updating the media on “this month’s status report on progress “within the Ministry and the Department of Education”, the Minister also said the new-style student progress reports will be sent out this Friday, May 17.

“The end of year student progress reports will be distributed to parents at the end of Term 3,” said Mr Rabain. 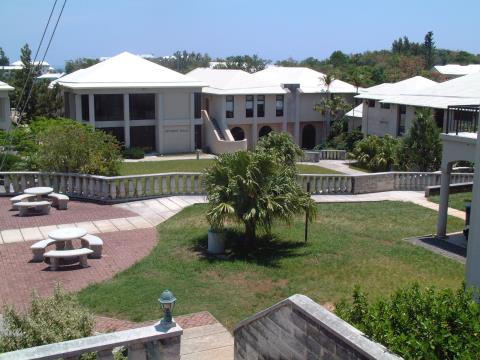 The new five-year agreement offers “graduates a 2 + 2 partnership in the actuarial science concentration, within the Department of Mathematics”.

“The agreement allows Bermuda College students graduating with the Associate of Science degree in Actuarial Science to transfer credits seamlessly into St. Francis Xavier where they can complete their Bachelor’s degree in two years.

“This programme is especially exciting because it is the first agreement negotiated for Bermuda College students to continue their concentration in Canada, providing geographical options,” Mr Rabain said.

“We hope that this will be the first of a number of agreements and look forward to more students from Bermuda taking advantage of this opportunity at St Francis Xavier.”

This year also marks the 50th anniversary for preschools in Bermuda.

“In recognition of this, we plan to hold a tea to celebrate and recognize the contributions of preschool leaders and educators who have served within the last 50 years. 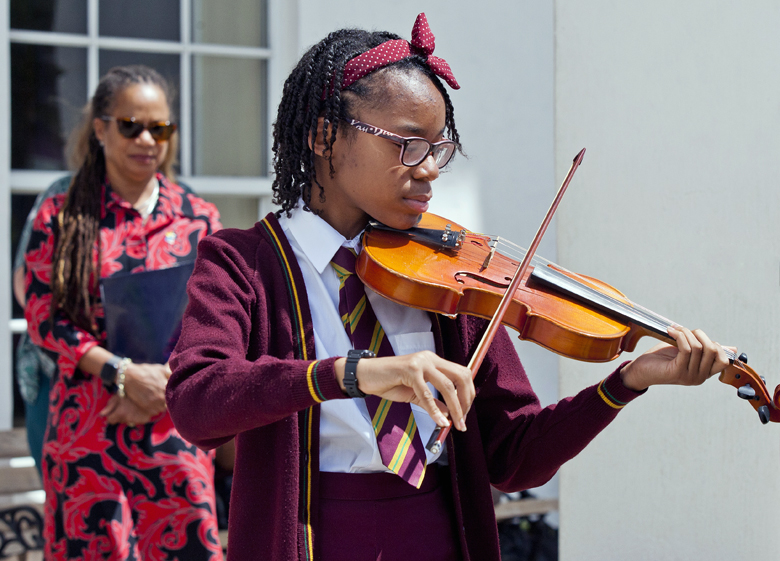 “It is also fitting that during this 50th anniversary year of preschools, the Department of Education will launch the first Autism Spectrum Disorder Programme at the preschool level,” said the Minister.

“This programme, which is being developed based on international standards and practices, will be led by a specialist teacher with the assistance of a para-educator.

“The addition of this programme will enable the Department of Education to now provide services for students with Autism Spectrum Disorder from preschool to senior school.”

The Minister also met staff at Elliot Primary School this week to discuss further options “at the preschool and primary school levels, due to low enrollment numbers”.

“These options will ensure that all students enrolled will receive the best, optimum education. I will be consulting with the parents and once completed, the relevant stakeholders will be informed,” he said.

“Just yesterday, I met with the staff at the Elliot school to seek their input on how to move forward to ensure students are provided with a stimulating and equitable learning environment.

“It was a productive meeting and we certainly commend the Elliot Primary School Principal and staff for the work that they are doing to facilitate the growth and development of students.

“The low enrollment this year is not an isolated case, as enrollment for P1 across the system this year was 60 students less than last year,” he said.

“Preschool enrollment was also 60 students less this year. The conversations we are currently having around enrollment will be ongoing, even into next year.

“We are mindful of declining enrollment numbers and had begun to look at potential enrollment projections for the next six to eight years, prior to this year’s enrollment. This data will undoubtedly be critical as we look at the future of Public Education in Bermuda and its inevitable restructuring as we phase out Middle Schools.

“The Department of Education will always continue to do what is best for public school students and the system at large. Sometimes this may mean making decisions that not everybody will agree with but the vision is to set students on an education path that will ultimately prepare them to compete both locally and globally.” 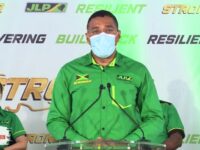