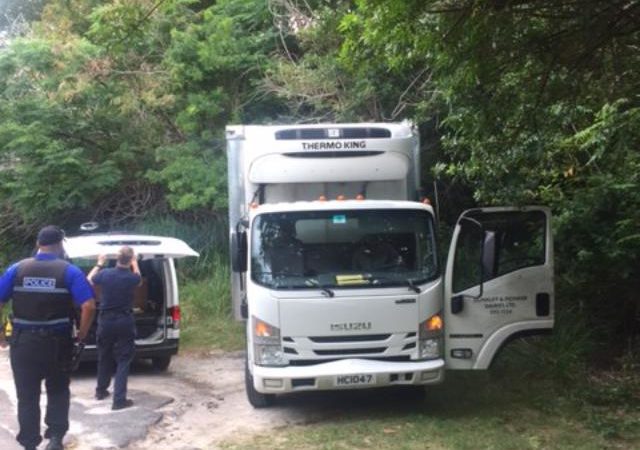 Representatives at Dunkley’s Dairy were today “assessing damage to the truck and product”, now that the truck stolen in broad daylight yesterday, while the driver and helper were making deliveries.

When contacted by Bermuda Real, Michael Dunkley said: “This incident is another sad reflection on our society; someone takes a truck, from the middle of Hamilton as the driver and helper are working hard servicing customers.

“How could one not get caught? Cameras throughout Hamilton and on major roads.

“I feel confident the Bermuda Police Service (BPS) will arrest the person and then more information will be known.\

“Perhaps the person wanted to be caught,” he added.

Shortly after the truck was found on the Railway Trail in Southampton, staff began assessing “any damage to the truck” and checking to find out “if any product was missing from the load”.

Mr Dunkley thanked the BPS “for their prompt action in finding the vehicle and for all of those who provided information on the truck whereabouts after it was removed”.

He also apologised “to any customer for any delivery inconvenience”.

“We are grateful for the return of the vehicle without any significant damage. We are also thankful that no accident was caused or injuries reported.”

The vehicle was found three hours after it was taken around 5pm yesterday on the Railway Trail near Riviera Road in Southampton.

He noted that these “vehicles are not cheap”.

“That truck is probably worth about $75,000. It’s a refrigerated vehicle with a lot of product in it,” said Mr Dunkley.

“Then you have a person driving the vehicle who might not have experience with that kind of truck, and there’s a real risk to other road users.” 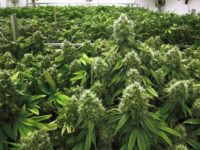