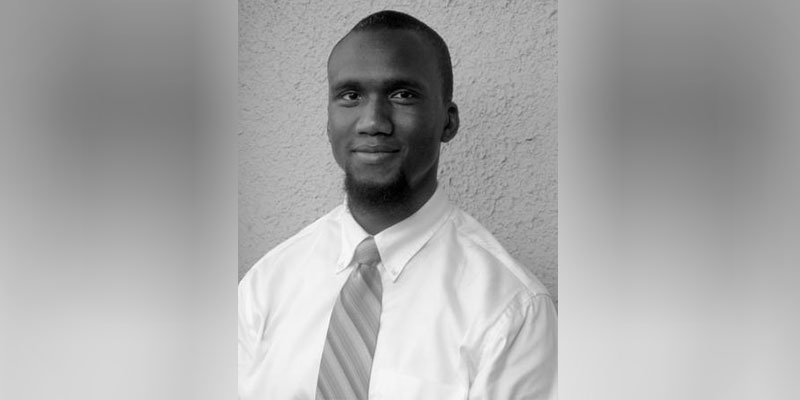 History shows us that on several occasions Bermuda’s white elites have used their economic power and/or governmental authority to manipulate immigration to serve their own financial desires, racial schemes and political agendas.

Although the masses of Bermudians lacked the same financial resources and political power as these elites, they were not powerless, so they fought and resisted many of these attempts.

As a Black Bermudian historian I ask us to recall 1855, a moment when our ancestors resisted an attempt by white elites to use immigration to undermine the employment opportunities of the Black Bermudian working class and in addition, radically alter the island’s racial demographics. In September 1855 the government passed a resolution allocating public funds for the purpose of bringing white immigrant laborers to Bermuda (primarily but not only Portuguese workers). This policy was the political descendant of an 1842 immigration law that used government funds to bring in approximately twenty English men and their families. In response, Black Bermudians wrote a petition condemning the 1855 immigration resolution.

Their document was titled, “Petition from Certain Persons of Colour against the Immigration Resolves, October 1855” and in this six page document Black Bermudians explained reasons why the proposed immigration plan was unjust. As the majority population AND taxpayers, Black Bermudians recognized that if the resolution was passed then they would be, “supplying the means of their own destruction” [direct quote from the petitioners] because the new immigration plan would subsidize the importation of white workers who would undercut the wage rates and diminish the job opportunities of the Black Bermudian working class.

The petition was signed by 536 Black men – more than a third of the adult Black male population in 1855 – from all occupational sectors, e.g. carpenters and masons, as well as teachers and farm workers, showing that a cross-section of Black Bermudians (i.e. blue collar, white collar – upper/middle/working class) were opposed to the proposed immigration legislation. In addition to criticizing the resolution, the petitioners demanded that the House of Assembly would not pass the resolution into law. The petition also demonstrated that Black Bermudians wanted to work and were not “lazy” nor “unqualified” as supporters of the 1855 immigration resolution were suggesting. However they wanted to ensure that the economic environment where they would seek employment and/or pursue entrepreneurship would be a level playing field, not one where white immigrant labourers would be given an economic advantage over Bermudians.

The petition was presented to the House in October 1855 and in response, the Legislative Council suspended debate and passage of the resolution. The government’s decision was motivated by fear that unrest and labor disruptions would occur if they ignored the petitioners who represented the majority of the working people of the island. The historical record reveals that after this moment of success the government returned to its manipulation of immigration policy to carry out the economic and racial agendas of the white ruling class. Still, this fact should not cause us to overlook nor diminish the successes and lessons of 1855.(For the full story of this event see chapter 6 of Heritage by Dr. Kenneth E. Robinson).

This victory occurred at a time when the majority of Black Bermudians could not vote due to the racist property-franchise law of 1834. Still, it is evidence that when Black Bermudians unite, organize and centralize their bases of power they are more than able to resist and indeed change the actions of the elites who want to abuse their financial and political power to socially-engineer the island in ways that best for themselves.

So in the spirit of 1855, I stand in solidarity with the demonstrators on ‘de hill’ (e.g. the BIU, The People’s Campaign & Ms. Enda Matthie, etc.) until the government withdraws the current legislation and works out an immigration policy that prioritizes the best interests of all Bermudians, not just the interests of certain racial groups, political parties or socioeconomic classes.

I am in solidarity for many reasons, the first of is because I am Bermudian and always want what is best for the community that nurtured and supported me from my earliest days. Secondly, I am now an “expat” in the USA, who works, resides and pays taxes but cannot vote in this country where I contribute and build the future scholars of America in my role as a university professor. So what Bermudian protesters are concerned about (i.e. the political enfranchisement of thousands of foreigners) is not allowed in the US as well as many other countries. Therefore, the demands of those opposed to the Pathways legislation are not unreasonable nor ‘inhumane’ in fact, the US government would tell people like me that their policy is “the right thing to do”. It is funny, that when certain politicians want to do certain things in Bermuda they try and justify their actions by referring to the US, England and other foreign countries, but I digress.

I ask that Black Bermudians, continue to live out the legacy and strategies of their ancestors who fought for justice in 1855 and stand in solidarity with the demonstrators on ‘de hill’ until the government withdraws the current legislation and works out an immigration policy that prioritizes the best interests of all Bermudians, not just the secret agendas of certain racial groups, political parties or socioeconomic classes.

In similar fashion, I ask that white Bermudians and Bermudians of ALL racial backgrounds, alongside expats, PRCs and all foreigners who truly believe in the concepts of democracy, justice and equality, demonstrate the spirit of 1855 and stand in solidarity with the demonstrators on ‘de hill’ until the government withdraws the current legislation and works out an immigration policy that prioritizes the best interests of all Bermudians.

Finally, to those who disagree with the protests and support the proposed legislation, I only hope that we can reason in a mature fashion about our differences until we come to some sort of understanding, rather than engaging in unfruitful activities such as calling people names on the internet. When Bermudian society is at its best, people can be tolerant of dissent, even if the dissenters are on the wrong side of history and in opposition to justice.

In conclusion, nothing worth having is ever achieved without some form of sacrifice and struggle, so I am encouraged by the sacrifice of those who have been a part of the protests or supported them with money, food, chairs, tents, music, performance, prayers, lifts up/down de road while the buses and ferries aren’t running, and other services – your generosity and courage makes me proud to be Bermudian.

I hope and pray to the GOD of Justice and Love that Bermudians stand strong until a positive change comes. United we stand, divided we fall. Claim no easy victories… Tell no lies.

Dr. Theodore S. Francis II is an assistant professor of History at Huston-Tillotson University in Austin Texas. He is a graduate of Warwick Academy, Morehouse College and the University of Chicago. His doctoral dissertation, “Fantasy Island: Race, Colonial Politics and the Desegregation of Tourism in the British Colony of Bermuda 1881-1961” charts the role of Black Tourism and popular protests in the process of desegregation in Bermuda. His primary research and writing interests include: the African Diaspora in the Caribbean and Americas; historical and contemporary issues of tourism; anti-colonial movements in the Caribbean; Atlantic World slavery, resistance and post-emancipation societies. Dr. Francis can be contacted at tsfrancis@htu.edu. 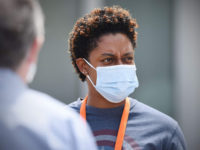