The impact of fee cuts on the Brown-Darrell Clinic is back in the news today, with word that owner and former Premier, Dr Ewart Brown will host a news conference at the Smith’s Parish facility at 1pm this afternoon.

In a statement issued last night, Dr Brown, who returned to Bermuda earlier this week, stated outright that the Bermuda Health Council (BHeC) “is disingenuous at best”.

He also called on Government, “other physicians, the media particularly”, and the public at large in general to do the research”.

“The Health Council is disingenuous at best in stating that their ‘recommendations are based on a resource-based relative value scale (RBRVS) methodology… the same methodology (empahsis added) as that used by the Centers of Medicare and Medicaid for determining reimbursement rates in the USA’. Nothing could be further from the truth,” said Dr Brown.

“It is unfortunate but telling that the Bermuda Health Council first released a statement to the Royal Gazette in response to the closing of the Brown-Darrell Clinic CT Unit, which told what they really thought and intended, which is below:

“… There was not enough demand for CT services… Bermuda’s health system has options where people can access needed care including in the hospital.”

Dr Brown continued: “The Health Council has apparently retracted that statement, and in its place pushed forward one that purports to express regret at the decision to close Brown-Darrell. The most recent statement says that the Health Council’s action to cut our fees is a form of price control. At the same time, it says that we were not targeted. Yet, our clinics are the ONLY private medical practices whose reimbursements were drastically cut. That’s not targeting? Forgive me if I feel the beam on my back.

“I invite the Government, other physicians, the media particularly, and the entire Bermuda public to research the Relative Value Unit (RVU) methodology utilized in the United States. What you will find is that the American Medical Association, the largest association of doctors in the US, is at the forefront of setting reimbursement rates through their special Relative Value Scale Update Committee. This special Committee is comprised of 31 physicians and 300 medical advisors that represent each sector of medicine. This physician committee takes into account physicians’ time, nurses’ time, supplies and equipment involved in patient care. Historically, this Committee’s recommendations have been accepted close to 90 percent of the time.

“In Bermuda, the equivalent organization to the American Medical Association is the Bermuda Medical Doctors Association (BMDA). Last year after these drastic cuts were enacted, the BMDA released a statement in which it requested that the Health Council provide the methodology and other considerations the Health Council used to establish the new fee schedules, because the BMDA “was not aware of stakeholder consultation with the community in setting this RVU”. Who at the Health Council had the Bermuda physician expertise to be able to value physician and nurses’ time, supplies and equipment involved in patient care?

“Clearly, the Health Council did not use the expertise of the BMDA, the only physician association in Bermuda, in making these cuts. Yet, the Health Council cut these rates on its own, without the benefit of the Bermuda medical community’s knowledge and expertise. These medical components would have been essential for true RVU methodology, a system that cannot be legitimately employed without integral input from physicians.” 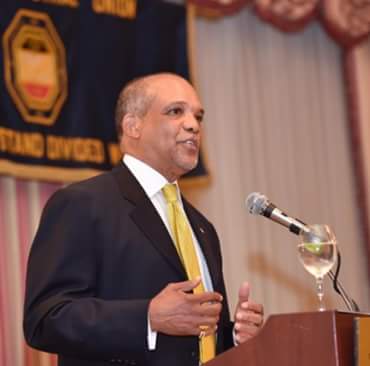 He also noted that to date, the BMDA  maintains that they are “not aware of stakeholder consultation with the community”.

In a statement released in July 2017, then BMDA President Dr Annabel Fountain, expressed concern about the impact the fee cuts will have on “Bermudian businesses outside of Bermuda Hospitals Board, our colleagues, their employees and potentially their patients”.

“Relating to recent cuts in reimbursement for diagnostic imaging in Bermuda, the Bermuda Medical Doctors Association has requested the methodology and other considerations for establishing the new fee schedules.

“We are very concerned about the effect these cuts will have on Bermudian businesses outside Bermuda Hospitals Board, our colleagues, their employees, and potentially their patients. We are concerned now and for future healthcare management in Bermuda.

“A Relative Value Unit (RVU) has been calculated and the Bermuda Health Council states that it incorporates, amongst other things, the relative costs of maintaining a practice, including rent, equipment, supplies, and non-physician staff costs, as well as relative time, skill, training and intensity to provide a given service. The BMDA is not aware of stakeholder consultation with the community in setting this RVU.

“The BMDA fully supports efforts to reduce costs to the health care system and to the individual. Threatening the financial stability of local Bermudian businesses and their employees by abrupt changes in reimbursement without adequate transparency and consultation should be discouraged by us all.

“Of our total health expenditure, diagnostic imaging accounts for about ten percent. Although these cuts may have a small effect in the short term, without system-wide redesign, they are unlikely to yield meaningful savings in the medium to long term.

“The BMDA is working with the Bermuda health Council, Bermuda Hospitals Board and the Bermuda Medical Council.”

We’ll have more after the news conference later.