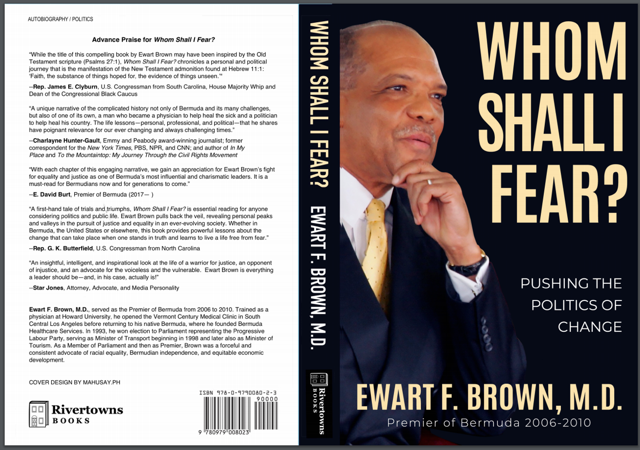 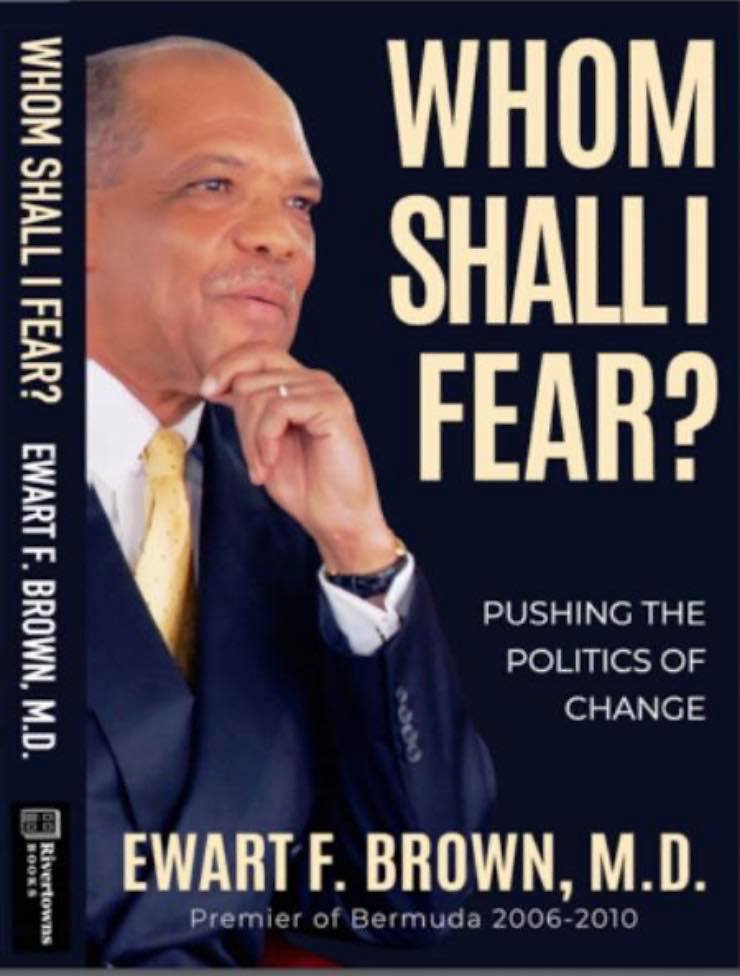 Former Premier Dr Ewart Brown says he was “humbled by the demand” for his book, which went on sale this week St Paul Centennial Hall.

Sales were “brisk” at the book launch of Whom Shall I Fear? Pushing the Politics of Change – he said.

Documenting his memoirs also gave him the opportunity “to counter the diet of lies and propaganda”, he added.

“I am humbled by the demand for the book. It went very well at Centennial Hall and we expect that sales will move at a brisk pace for the rest of the week.

“Not only was it worth it, it was necessary to counter the diet of lies and propaganda that Bermudians have been fed about me and my administration,” said Dr Brown.

“I feel that the Bermuda public in particular has been told a plethora of falsehoods about me.

“They have witnessed character assassination. I was determined to give them my side.”

Dr Brown served as Premier and Leader of the Progressive Labour Party from 2006 to 2010.

The book has been in the making for more than five years and includes his sentiments on being the target of a police investigation that has cost taxpayers millions since is was launched.

To date, no formal charges have been laid against the physician, who titled one of the final chapters in the book ‘Out of Office, Under Eternal Investigation’.

The 434-page book takes an autobiographical look at some of the controversial issues during his premiership, including those “secret negotiations” that saw the Uighurs flown in on that late night flight, who have been in Bermuda ever since.

A spokesman noted that the book detailed the former Premier’s “secret negotiations” with US President Barrack Obama’s administraion to give asylum to four Uighurs released from Guantánamo Bay, Cuba, in June 2009.

The book “tells a story rich in human and political insight that will fascinate readers interested in the global African diaspora and its continuing quest for racial justice and equality”, by highlighting “memorable interactions”, he added.

An avid reggae music fan, he also recalls his encounter with the late great Robert Nester Bob Marley, with reflections of his “radical” college days at Howard University in Washington, DC.

Dr Brown was first elected in the General Election of October 1993, when he ousted former Premier Sir John Sharpe.

Rivertowns Books, the publisher, plans an official launch in February.

Just before the special launch here in Bermuda, Dr Brown had about 1,000 copies of the hardcover book for $50.