Bermuda Industrial Union (BIU) President Chris Furbert has confirmed that the man at the centre of the docks dispute now bound for settlement via voluntary arbitration, was an employee, employed by Stevedoring Services for 27 years, who was fired.

The worker in question, has worked on the docks since 1990, and held a management position since 2015. 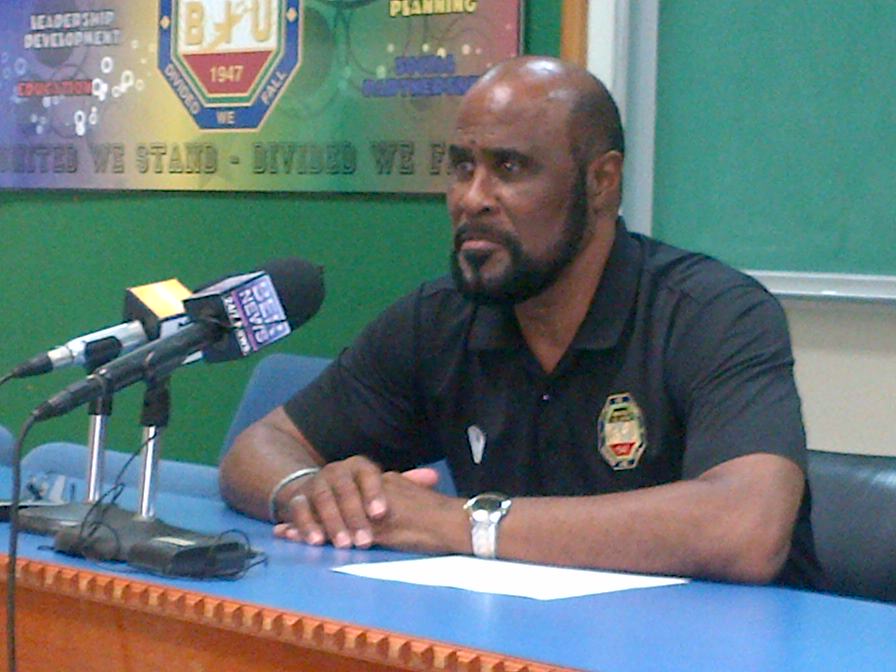 He also took issue with what has been reported on the dispute thus far, and noted that despite the industrial action, dockworkers unloaded essential items from ships but left non-essential cargo on board, which he was was “very unfortunate”.

“Let’s just be clear, at no time, either Thursday, Friday or Monday, did the workers refuse to deliver any essential cargo. All essential cargo was discharged off the ship and also delivered. So anybody who says that the workers didn’t fulfill their obligations under the 1975 Act because they are an essential service, they delivered all the essential items that needed to be delivered either off the ship, on the dock and off the dock,” said Mr Furbert.

As it stands now, the terminated employee remains unemployed, in the lead up to the arbitration hearing, which is expected to proceed within the next four to six weeks. he has been paid for outstanding vacation time by Stevedoring Services.

The union leader also took issue with comments made by Opposition MP and former One Bermuda Alliance (OBA) Premier, Michael Dunkley for not getting the matter resolved sooner.

“If Mr Dunkley wanted to know the facts, he could have called me,” said Mr Furbert, who also accused the OBA MP of “trying to throw the Minister under the bus”.

“Ever since this matter transpired last week Thursday, we’ve had meeting to try and get the matter resolved. So I take great offence to MP Michael Dunkley last night (Tuesday) when he took the Minister to task for not getting this matter resolved sooner,” Mr Furbert said.

“Let me just remind everyone of what happened in 2014 because sometimes I think we tend to forget. When the bar porters at Hamilton Princess got dismissed, the OBA government was in charge. And it took them a few days to get that matter resolved.”

Like the hotel industry, he agreed with Mr Dunkley that “the docks are important”. But he said: “We need to resolve matters as quickly as we can. Back then in 2014, it took us about three days to get that matter resolved. And it wasn’t until the manager from up Southampton Princess called me on the phone, we sat down and had a conversation and that’s how the matter got resolved. 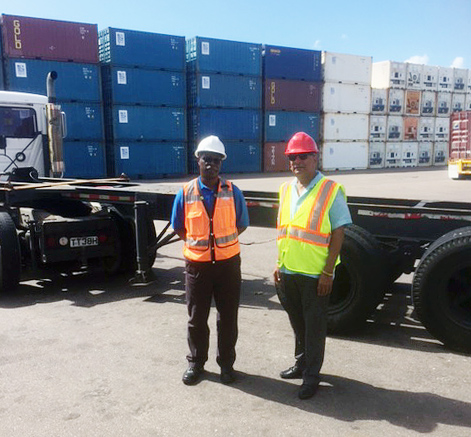 “The way how Mr Dunkley would make it sound is that for almost five days – that’s grossly incorrect because what happened between Thursday, Friday and Monday – the workers were delivering essential cargo. So let’s just say ultimately it was two days with any work, it’s nowhere near five days, so he’s exaggerating and I take great exception when people don’t know the facts.

“And if Mr Dunkley wanted to know some of the facts he could have called me and I would have gave him some of the facts. But he never reached out to us. So for him to just try to throw the Minister under the bus that he should have resolved this matter long before he did, I take great exception to that.”

He also said: “The BIU understands management’s right to choose their management team.

“We never insisted that he be given back his management job,” said Mr Furbert, who noted that he was “not at liberty” to discuss what post was offered to the sacked worker”.

When the dispute erupted, he held a “conversation with management” after workers downed tools on Thursday. The union leader said he went to the docks to speak to the workers and management. Another meeting was held on Friday morning. Then he was contacted by the Department of Workforce Development.

The dispute remained deadlocked by Friday afternoon. By Friday evening, he said Stevedoring Services’ CEO Warren Jones indicated that the company was prepared to help the dismissed manager find another job.

Mr Furbert said he was contacted on Monday by Home Affairs Minister Walton Brown, who offered to get the matter settled. He also noted that legal action by Stevedoring Services was averted after the two sides negotiated “what we thought the workers might accept”.