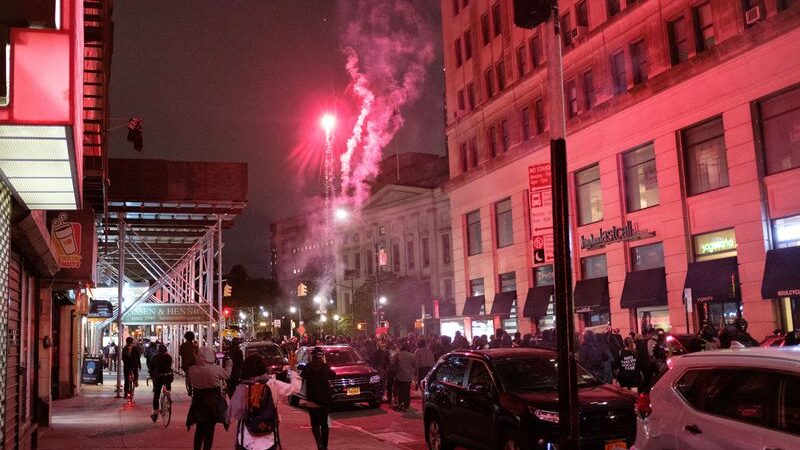 New York Daily News: BROOKLYN, NY – The manager of a small Brooklyn Yemeni restaurant, on the morning after a violent protest marked by trash fires and broken windows, wondered Wednesday what the demonstrators hoped to accomplish.

Mahmoud Alsafarini, 25, arrived at the Hadramout Restaurant for his shift just a few doors down from the shattered glass at an Urban Outfitters outlet. Several black-clad demonstrators also smashed windows at a Starbucks and a Bank of America branch on Court Street, along with the windshield of a green taxi, in a demonstration over the Philadelphia police shooting of a knife-wielding Black man.

“These businesses don’t belong to them,” said Alsafarini in the aftermath of the wild march where 39 commercial properties were damaged. “Say what you need to say without violence. I was worried initially because the employees were still here. They didn’t have anything to protect themselves.”

The NYPD reported 27 arrests as five officers were hospitalized with minor injuries. The protesters also damaged nine police vehicles and spray-painted a police van, several bus shelters, a Chase Bank and a statue of Christopher Columbus outside Brooklyn Supreme Court.

Protester Maria Valenzuela, 26, of Brooklyn, was charged with assault and resisting arrest for jumping a police officer who was trying to arrest a graffiti-spraying demonstrator outside the Municipal Building on the Manhattan side of the Brooklyn Bridge, officials said.

Brooklyn resident Michelle Wagner, 52, said the feeling during the Tuesday night march was different from the many local protests of recent months.

“This was the first time it felt dangerous in the neighborhood,” said Wagner, whose 12-year-old daughter began crying as they watched the protest from the window of their Brooklyn Heights apartment. “More protests need to happen, but not this way. A lot of people in the Black Lives Matter movement are very upset today.”

Mayor de Blasio criticized the violent protest that included a dark-colored sedan plowing through a line of NYPD officers on bicycles, ignoring an officer who smashed his baton against one of the windows.

“No violence is acceptable,” the mayor said. “Of course those offenses should be prosecuted, and I absolutely want to see those prosecutions…The bottom line is anyone who assaults an officer, that’s absolutely unacceptable. There must be consequences.”

Five officers were injured when the blue 2001 Mercury Grand Marquis with New York plates disregarded orders to stop and drove into the cops before taking off, authorities said. The driver in the videotaped incident remains at large.

A security guard stood watch early Wednesday near an overturned trash can at the vandalized Bank of America branch. Police tape kept passersby from getting too close, though dozens stopped to snap photos of the scene.

The scene was similar at the Urban Outfitters, where two workers were putting up wood over the shattered windows on a rainy morning after the protest with about 200 participants.

“Burn the precinct to the ground!” the marchers chanted. “Every city, every town!” 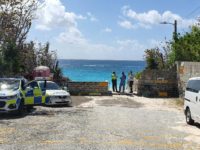 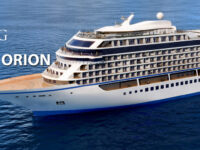