Until Bermuda faces up to the historical facts on the economic trail of disparity based on racial lines in this country, any discussion on what constitutes a living wage is premature.

Deputy Speaker and former President of the Bermuda Industrial Union, Derrick Burgess, told MPs  that before we, as a country; even attempt to discuss what constitutes a statutory living wage, we must first go back on the record before the beginning.
He stated outright that in Bermuda, it started in 1834 with emancipation. And even then, he said the powers that be set out to put a cap on what black Bermudians make.
He was one of several MPs, who rose to speak during  a lengthy debate Friday night, on the report by the Joint Select Committee set up to establish a minimum and living wage in Bermuda..
The committee,  headed up by Chairman Rolfe Commissiong, is the end result of a move initiated by the Chairman for the group to be set up more than two years ago.
The document suggests a statutory pay rate of $12.25 an hour, to be introduced via a phased approach by May 2019, with a view to put a living wage in place in 2021. The amount will be set by a commission of experts. That figure for now, has been calculated at $18.23 an hour.
Mr Burgess said now that “they’ve started the conversation”, it’s time to face up to the facts on the question of “how did we get to the disparity we have today”.
And that he said, did not just start yesterday.
“This happened in 1834! Some things were going on before emancipation.” 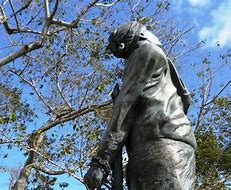 And he “ventured to say” that there were “some blacks who owned slaves” who “probably didn’t get anything” when Britain paid off white slave owners in Bermuda to fee black Bermudians.
“But prior to emancipation, and I hate that word because it’s supposed to mean set free but in Bermuda we were not set free,” he said.
“In Bermuda, emancipation was a ceremony!”
Reading from an article published in the daily newspaper on July 15, 1834, he said any attempts by blacks who were former slaves “to establish rates of wages was folly and evil enforcing of obedience through legal authority”.
“It was a concerted effort that reminds me of Technical Institute because you know at one time we produced all our masons, mechanics, etc. And the effort they made to take out construction they did with the others!
“And this continues today because I know a worker we all know, they retired from a job in Bermuda – a good job.
“This person is well qualified and come to find out when they took on this new person who was lighter than me, they paid this person more plus $8,000 a month to live, that this black Bermudian did not get.

“And this is the norm in Bermuda. There’s a cap put on black workers in this country!”

He recalled when he called the Commission of Inquiry a “lynch mob”.
“They said Vincent Hollinsid and Winters Burgess made too much money. Why? Because they are Black!
“They put a fella up Dockyard to oversee the work, he made a lot of money and they put him on the Queen’s Honours List, but villified Winters Burgess and Vincent Hollinsid for making too much money!
“Another guy told me last week that he was the boss, the top salesman who thought he was making good money.
“Most of his subordinates, who were white and he found out they were all making more money than him.
“This is what’s going on in this country, where we have a local bank that reported making millions in profits in a quarter and the very next day 13 workers were terminated – millions in a quarter and workers terminated.
“They weren’t all black they were black and white. But we have to address the economic parity in this country because our living wage.
“The minimum wage could be anywhere but before we address that, we’ve got to address the disparity.”

Based on Government statistics he noted that in 2004, whites made nearly $50,000 more than blacks.

“That’s what we have to address the disparity between black and white income. That’s the problem that’s been with us for many many years since emancipation..
“Dr Hodgson always talked about economic parity – that’s the problem.  If you’re making $150,000 a year and bread goes up, that’s no ‘biggy’. But if you’re making $500 a week that’s a problem!
“If we’re going deal with a living wage we’re going have to deal with the real numbers in this country because in this report I can tell you $12 is not going cut it.
“The PLP said in 2001 that we were not going to approve no more work permits paying under $10 an hour. We have to tackle four things in the basket of goods.”

“Dr Ball was very famous for the basket – housing, healthcare, food and education are the four most expensive items and we have to tackle them.”

PLP backbencher Kim Swan noted that BIU workers took a pay freeze in 2009 that “went on and on and on”.
“But you would’ve thought the workers of this country caused the recession when you read through the blogs during that time,” he said.
“But how about the worker who gave the businesses the opportunity to survive and when the businesses got on their feet workers were laid off.”
He also reminded his parliamentary colleagues of “the bank the PLP rescued” and urged them not to “look past the invisibility of poverty” and “the bastion of commercialism and materialism in Bermuda”.
“We’ve seen the exodus of our people leaving the country, people who found it necessary to find another place to survive.
“We should make it our business to make Bermuda economically viable to them,” said Mr Swan.

“The land rich/cash poor senior who knows the cost of living has stripped them exponentially.

“There are still too many people working in this country without insurance and I’m talking from experience because when you have to do for your family you have to go without.
“The success living side by side with the impoverished that’s the reality of Bermuda’s invisible poor who  built this country, struggling to make ends meet, people leaving their own country.
“That’s the hurdle we must collectively overcome.”
Even with one householder making $25,000 a year, who lives with a partner who makes the same or a bit more, he said they were still hovering around $60,000 annually.
And he reminded MPs that when the figure set some time ago,Bermudians needed to make close to $70,000 in a household to make ends meet.
Committee Chairwoman Leah Scott said establishing a pay threshold was merely a Band-Aid approach to tackling the real core issues.
“And we have to fix that greater problem,” she said.
She also noted that Bermudian families were struggling financially for basic necessities.
“I would venture to say that our people do not want handouts as much as they want the basic security of knowing that if they are working, they are not the working poor and they are not living in poverty.
“You can’t get a living wage if you don’t have a job.”
And then there’s the issue of employers exploiting workers by paying low wages. Coupled with that, Ms Scott said: “The disparity between blacks and whites is appalling.”

Government Whip, Lawrence Scott, noted that people were working more than one job just to live from paycheque to paycheque.

Ultimately, he said the end goal was to improve the quality of life for Bermudians by reducing the number of hours, and the number of jobs required just to survive.
But on the flip side, Shadow Minister of Planning and Environment, Sylvan Richards said employers could opt to reduce staff numbers to help cover higher costs.
“There’s a lot of unintended consequences that we are not really talking about in this report,” he said.
While noting that the report is a “good start”, he said there’s still lots of work that lies ahead.
“The elephant in the room, and it always has been, is how do we, as a jurisdiction, reduce the cost of living in Bermuda?”
Until we tackle that “in a real and meaningful way we are just spinning our wheels”, he said.
Home Affairs Minister Walton Brown discussed the $5.25 hourly rate being paid to some hospitality workers, which amounts to roughly $300 a week after deductions.
“That’s the reality for a lot of people who work in hospitality, it’s a grave injustice to them,” he said.
Opposition Leader Jeanne Atherden applauded members of the committee. Establishing what people should earn to be able to live in Bermuda, she said is very important.