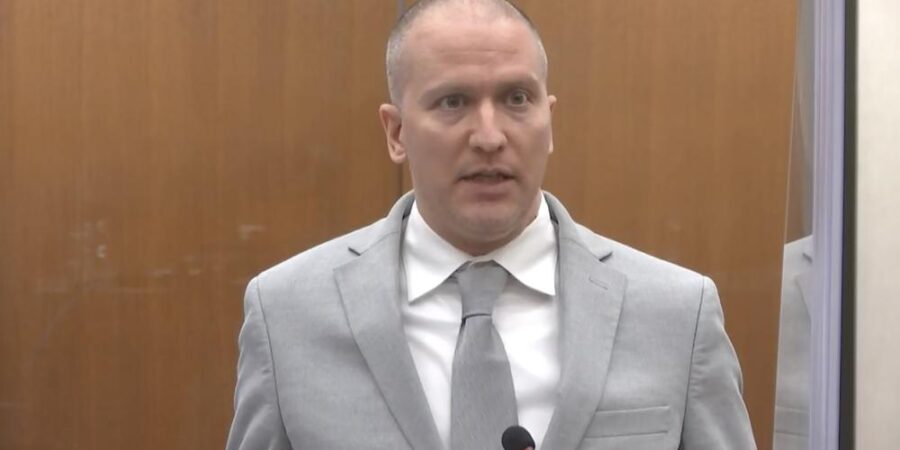 New York Daily News: MANHATTAN, By Jessica Schladebeck – The former Minneapolis officer behind bars for the death of George Floyd, who repeatedly called out for help while he was violently restrained by police, plans to appeal his murder conviction and prison sentence.

Derek Chauvin was convicted in April for second-degree unintentional murder, third-degree murder, and second-degree manslaughter in connection with the deadly Memorial Day confrontation last year. He was sentenced to more than 22 years in prison and remained housed Friday at the Minnesota Correctional Facility at Oak Park Heights.

Chauvin was one of four cops who responded to a call from a convenience store worker, who alleged that 46-year-old Floyd attempted to use a phony $20 bill to purchase cigarettes. Video taken by passersby, later shared to social media, shows the officer kneeling down on Floyd’s neck until he becomes unresponsive while his comrades — Thomas Lane, J. Alexander Kueng and Tou Thao — attempt to assist and block off bystanders.

The clips set off a series of protests nationwide and beyond, with scores of people taking to the streets to demand justice on Floyd’s behalf.

In an appeal filed Thursday, Chauvin outlined 14 grounds on which the motion is based, including Judge Peter Cahill’s refusal to move the trial out of Hennepin County due to the publicity surrounding the case. He argued that Cahill also abused his discretion when he rejected a request to sequester the jury for the duration of the trial as well as when he denied calls to postpone the trial or grant a new one.

Chauvin additionally noted that he has no attorney nor a means to pay for one. His case before Cahill was funded by the Minnesota Police and Peace Officers Association’s legal defense fund.

“I have been informed that their obligation to pay for my representation terminated upon my conviction and sentencing,” Chauvin wrote.

Chauvin was given 90 days from the date of his sentencing on 25 June to appeal against his conviction.