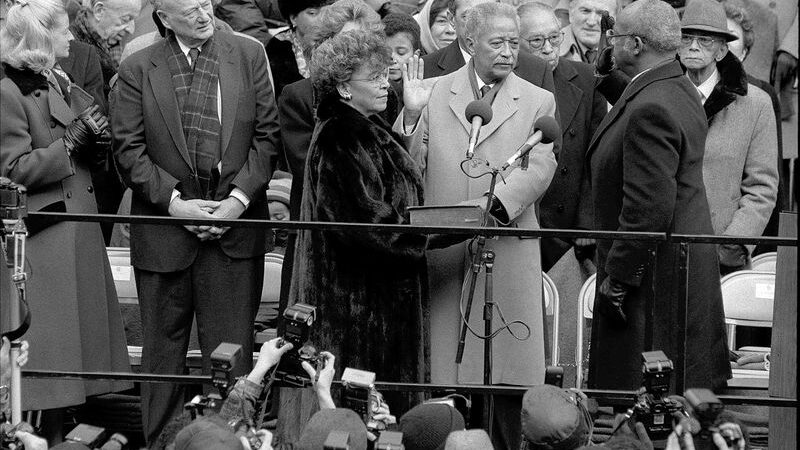 New York Daily News: MANHATTAN, NY – David Dinkins, whose historic 1989 victory as the city’s first and only black mayor was quickly eclipsed by rising crime and racial turmoil that doomed his re-election, died Monday at his home, police said. He was 93.

His death comes a little more than a month after his wife, Joyce, passed away on October 11.

His autobiography “A Mayor’s Life: Governing New York’s Gorgeous Mosaic” was published in 2013, its title playing off Dinkins’ most memorable line during his four years in City Hall.

The genteel Dinkins, a product of Harlem’s Democratic machine, defeated three-term incumbent Ed Koch and future mayor Rudy Giuliani in his groundbreaking triumph.
But he became just the second one-term New York mayor of the last half-century, unseated in a 1993 rematch by Giuliani and a lingering backlash from the Crown Heights riots.

Dinkins’ ascension was hailed as the start of a new era for the city he famously described in his inaugural address as a “gorgeous mosaic.”

The understated mayor, after the acerbic and confrontational Koch, hit City Hall as a voice of change, calm and compromise.

“Dinkins projects the kind of personality that’s not threatening to whites and is acceptable to blacks,” former Congressman Floyd Flake once said.

The gentleman mayor — with his fondness for custom-tailored linen suits and tennis whites — faced mounting problems almost from day one. The city’s finances were in disarray, its image was in tatters, and the crack epidemic was peaking.

Dinkins’ first summer in office was marked by headline-making crimes: a Bronx prosecutor killed by a stray bullet while buying donuts, a Utah tourist stabbed to death defending his mother in a Midtown subway station.

By year’s end, homicides in the city hit an all-time high — more than six a day, one every four hours. But nothing was more crippling than the 1991 Crown Heights riots, set off after a Hasidic driver fatally struck Gavin Cato, a 7-year-old Black child. A subsequent state investigation ripped Dinkins for failure to control the escalating violence in the Black and Orthodox Jewish neighborhood.

Yankel Rosenbaum, a Hasidic scholar visiting from Australia, was fatally stabbed during the three-day rampage.

The report was issued four months before Dinkins’ 1993 November showdown with Giuliani, who successfully trumpeted Crown Heights as a campaign issue.

Dinkins, the son of a barber who came north from Newport News, Va., was born in Trenton. When his parents split, the future mayor and his sister divided time between Harlem and New Jersey’s state capital.

In what he later called the most stinging racist incident of his life, Dinkins was turned down from enlisting in the segregated Marines in 1945.

His persistence landed him in boot camp just before the end of World War II, although Dinkins recalled the process as “humiliating.”

He later graduated from Howard University in Washington, where he met fellow student and future wife Joyce. They had two children, Donna and David Jr.

Dinkins shared an interest in politics with his wife’s dad, and was soon involved with the neighborhood’s Democratic Carver Club. Its leader, J. Raymond Jones, known as “The Fox,” became Dinkins’ mentor.

Dinkins hung campaign posters at Harlem subway stops and moved up through the party ranks. He was elected to a single two-year state assembly term from 1965-67, eschewing re-election when his district was redrawn.

When fellow one-term mayor Abe Beame was elected in 1973, he selected party regular Dinkins as a deputy mayor — but the job was yanked because the nominee skipped four years of paying his income taxes.

After settling his debt, Dinkins was appointed City Clerk. He twice lost in races for Manhattan borough president before winning in 1985, providing his unlikely springboard to the mayoralty.

Dinkins’ victory over Koch was assured by the same problems that would hamstring his own administration: race and crime. The August 1989 slaying of black teen Yusuf Hawkins by a gang of whites in Bensonhurst left the Koch administration reeling.

Dinkins defeated the incumbent a month later in the Democratic primary, then edged Republican Giuliani by just 50,000 votes in one of the closest mayoral races in city history.

Dinkins hoped to restore a sense of civility to the city; his bow tie-wearing press secretary even encouraged reporters to refer to the mayor as “Mr. Dinkins.”

But the new mayor was quickly inundated with crisis after crisis. In his first year, the city homicide total hit a record 2,245. The next year brought Crown Heights, with the death of a black child struck by a car with an Orthodox Jewish driver.

Rosenbaum was knifed on the first night. Dinkins was later pelted with rocks and bottles when he came to the racially divided neighborhood, and his handling of the violence was roundly attacked.

A state report, commissioned later by Gov. Mario Cuomo, criticized the mayor for his failure to “act in a timely and decisive manner by requiring the police department … to quickly restore peace and order.”

There were other woes: Dinkins was ripped after the city, in a monumental mixup, paid for the funeral of a Washington Heights drug dealer. His handling of a black boycott of a Korean grocery was attacked as inept. And systemic police corruption was exposed by the Mollen Commission.

Dinkins was hailed for keeping order in the city after the 1992 Rodney King verdict, which produced rioting elsewhere in the country.

But even when Dinkins succeeded, his work often went unnoticed. It was Dinkins who began hiring more police officers, a move that proved more beneficial to his mayoral successor, Giuliani.

And when he marched in support of gays and lesbians in the St. Patrick’s Day Parade, Dinkins was the target of slurs and flying cans of beer in 1991.

After his mayoral defeat, Dinkins settled into a generally quiet private life. He worked as a Columbia public affairs professor and hosted a local radio program.

He re-emerged in 1999, when the police shooting of unarmed African immigrant Amadou Diallo infuriated the ex-mayor. Dinkins was arrested outside police headquarters in a show of civil disobedience, and led a march with the Rev. Al Sharpton across the Brooklyn Bridge.

He even publicly lambasted nemesis Giuliani: “I don’t like him.”

Dinkins joined the Diallo family a year later when they traveled to Washington to call for a federal investigation.

His devotion to tennis never waned, even as the mayor marked his 80th birthday. He was a constant presence at the U.S. Open; just before leaving City Hall, he signed a 99-year lease to keep the event in Queens.

The deal also arranged for the construction of the Arthur Ashe Stadium, honoring the late African-American tennis star and role model. 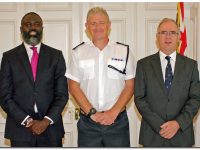 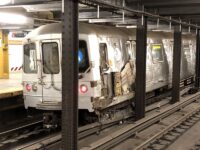 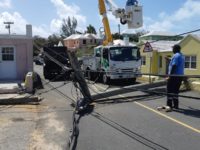 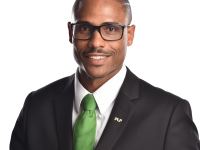 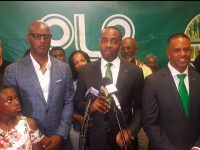