News Release: HAMILTON, Bermuda – In a recent interview, the Mayor of Hamilton, Mr Charles Gosling, spoke about legislation that the Government may table to bring the municipalities under direct Government control. He was referencing, in particular, to the City of Hamilton and its assets which could also come under Government control.

Mr Gosling stated that: “Those assets belong to the ratepayers of the City. Until there is some determination of what the compensation would be for their 225-years’ investment in the City, I’m afraid that it’s my fiduciary duty to stand up and fight for them.”

In essence, Mr Gosling is requesting compensation on behalf of the owners/ratepayers of the City for the loss of property covering 225-years of their ownership, the same argument used by slave owners to end slavery. And while slave owners received compensation, some 50,000 pounds for just over 4,000 enslaved in Bermuda, the enslaved themselves received nothing.
Given that there are descendants of slave owners and the enslaved currently living on the island, and the worldwide focus on racial justice, now is the time to convene a national discussion on reparations for the 228-years’ of free labour provided by enslaved Blacks, for their descendants.
It is indeed everyone’s “duty to stand up and fight for them”.
CURB also supports the call by Black Lives Matter to have the matter of the police officer who posted a derogatory and grossly offensive message on social media, against protestors, to be brought to conclusion.
We take this view because Section 68 of the Electronic Communications Act and Section 25 (b) of the Employment Act both speak to gross misconduct and allow for immediate dismissal by an employer.
Justice must be seen to be done. 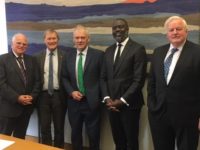 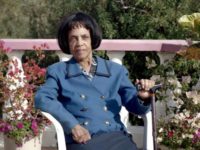 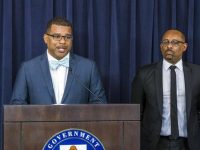