The time has finally come for the newly selected hosts of the ‘The T’ Talk Show to show us what they’ve got!

That’s the word from the latest joint partnership that’s about to catapult Bermuda onto the world stage on the  international talk show circuit. 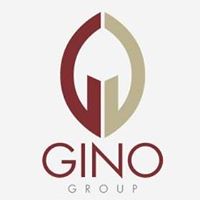 In a statement released last night, the proponents behind this major production issued the rallying call for you to get on board with this big event, which marks the official start of the new pilot season.

Filming starts this Friday, August 10 through to ending Sunday, August 12 at Daylsford Theatre. And the pilot run before live audiences are all free for members of the public to attend.

The final selection of the hosts was determined following the competition for hosts that ended on May 9th.

Health and Fitness enthusiast Sharlene Sousa, was assigned as an adjunct host.

As one of the Executive Producers of ‘The T’, Amir X of Gino Group said it was with “great pleasure to finally offer the Caribbean a talk show that deals with issues and subject matter that concerns our own communities”.

He also noted that the hosts are: “Six island ladies who can express views from a variety of perspectives that promote health dialogue and understanding.”

Lamone Woods, the man behind Crimson Multimedia, has partnered as Executive Producer on this international project, that looks set to put Bermuda on the international stage in Caribbean and Island views in the latest television talk show circuit.

“Bermuda has the talent, the equipment and the resources to compete on the global stage,” said Mr Woods.

“With ‘The T’ Talk Show we have created an opportunity for six ethnic women of the diaspora to share their voices with the world.

“It has been a great investment of time, money and heart. We believe we can create an international talk show and are out to prove just that.’But he said: “We can’t do it alone, however, so thank you to all those who have supported this movement, and those who continue to believe in what we are doing.”

Filming begins at 6pm this Friday. The first topic up for discussion is ‘Should Basic Healthcare be Free For All Throughout the Caribbean?’. A second taping is scheduled to get underway at 9pm to discuss the subject of ‘Skin Bleaching On The Rise’.

Another three filming sessions are planned for Saturday, August 11, starting at 1pm to examine the question of ‘Why the Cost of Education is So High’.

At 4pm the panel will tackle the question ‘Why is There So Much Cancer?’ with the final shoot of the dayon ‘Absent Fathers, is This The Main Problem of the Black Community?” gets underway at 7pm.

Organizers say that subject is likely to be a hot topic and seats for that segment are going fast.

The filming session finishes up on Sunday, August 12, starting at 3pm with another hot topic – ‘Same Sex Marriage vs Civil Unions’. Seating for that segment is limited as well.

Confirmed guests to date, include:

For those who have never been a part of a live studio audience, the time is now. Tickets are free, limited in some case, and available online on thettalkshow.com.

Select ‘Free Tickets’ at the top of the page, check out the list of six shows and select which show you would like to attend. And see you there!