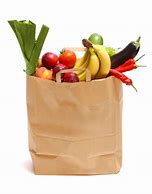 Local consumers paid 1.2 percent more for the same basket of goods and services than they did during the same month a year ago.

According figures released in the July 2019 Consumer Price Index published by the Department of Statistics: “Between June 2019 and July 2019 the average cost of all goods and services increased by 0.9 per cent.”

Wayne Furbert, Minister for the Cabinet Office, Wayne Furbert: “The health and personal care sector was the largest contributor to the year-over-year change, increasing 3.8 percent.

“In addition, the food and rent sectors also contributed to the rise in the annual rate of inflation, as price shifts in these sectors were 2.9 and 1.4 percent, respectively.

“In contrast, the transport and overseas travel sector fell by 1.4 percent followed by the fuel and power sector with a 0.6 percent decline, year-over-year.

“Between June and July the rent sector climbed 2.1 percent,” he added.

“The transport and overseas travel sector rose 2.7 percent in July.

“The food sector rose 0.4 percent in July as the average cost of vegetable juices, oranges and sugar and sugar confectionary rose by 6.9 per cent, 4.0 percent and 2.7 per cent, respectively.

“The tobacco and liquor sector declined 0.6 per cent in response to decreases in the average cost of wines (-2.7 per cent) and spirits (-1.5 percent).”