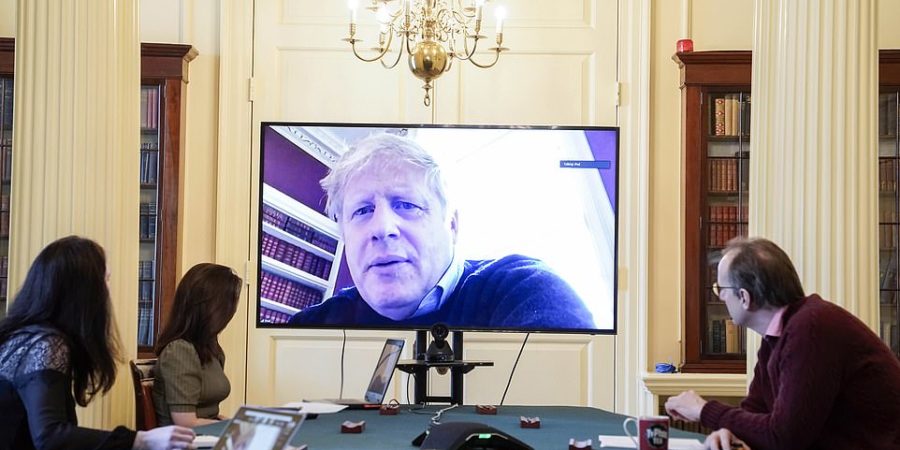 Britain’s Deputy Chief Medical Officer warned today that Britons should not expect to get back to “normal life” for six months or even longer.

Dr Jenny Harries told a Downing Street news conference that people should not be viewing the coronavirus crisis as something that will blow over any time soon.

Mail Online reports tonight: “She said it will not be clear whether the “social distancing” lockdown is working for another two or three weeks – after Easter – with deaths set to rise further.

“But even if the draconian restrictions do succeed in “squashing” the peak of the outbreak, reverting to a “normal way of life” immediately would probably lead to a disastrous new spike in infections.

“Speaking after the official UK coronavirus death toll rose by 209 in 24 hours from 1,019 to 1,228, Dr Harries said people had taken ‘quite some time’ to get used to social distancing, but there was now evidence the country was obeying the rules.”

Dr Harries added: “The issue of the three weeks is for us to review where we are and see if we’ve had an impact jointly on the slope of that curve.

“But I think to make it clear to the public if we are successful we will have squashed the top of that curve, which is brilliant, but we must not then suddenly revert to our normal way of living that would be quite dangerous.

“If we stop then all of our efforts will be wasted and we could potentially see a second peak. So over time, probably over the next six months, we will have a three-week review.”

Dr Harries said it was “plausible” that the restrictions could need to be in force longer than that.

“Boris Johnson has previously voiced optimism that the UK can ‘turn the tide’ on the outbreak within ’12 weeks’. But government papers from scientific advisers have made clear they are anticipating a longer timeframe,” the report added.

“Dr Harries stressed that the UK might not be in ‘complete lockdown’ for the full six months. 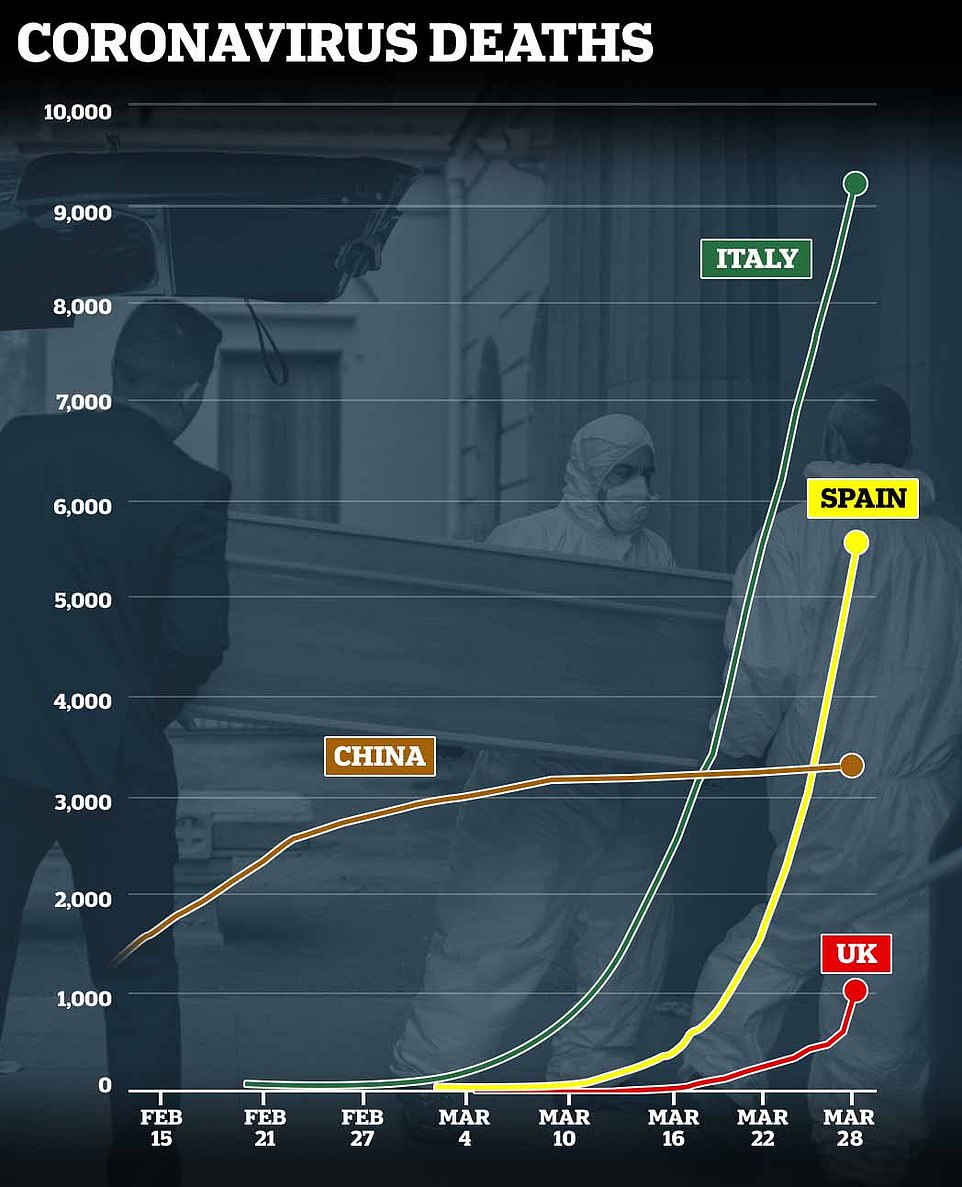 “But as a nation we have to be really, really responsible and keep doing what we’re all doing until we’re sure we can gradually start lifting various interventions which are likely to be spaced – based on the science and our data – until we gradually come back to a normal way of living,” she said.

Asked about death figures she said it “lags behind our impressions on the rate of increase of infections”.

“So, we just need to watch it carefully, hold tight for a week or two, keep doing what we’re doing and then come back and ask me the question again and I think hopefully we will be on the way down a little bit.”

Pushed at the briefing today whether she was saying must be on lockdown for the next six months, Dr Harries said: “We actually anticipate our numbers will get worse over the next week, possibly two, and then we are looking to see whether we have managed to push that curve down and we start to see a decline.

“This is not to say we would be in complete lockdown for six months, but as a nation we have to be really, really responsible and keep doing what we’re all doing until we’re sure we can gradually start lifting various interventions which are likely to be spaced – based on the science and our data – until we gradually come back to a normal way of living.”

Mr Johnson, who is self-isolating after testing positive for COVID-19, wrote an open letter to the British public warning that “things will get worse before they get better” as he stressed the need to stay indoors to support the NHS by slowing the spread.

“But criticism is growing of the government’s handling,” the report said.

“Jeremy Hunt today demanded the government speeds up progress on mass testing – saying it is the fastest way to end the coronavirus lockdown.

“The former health secretary – now chair of the influential Commons health committee – pointed to the regime in place in South Korea, where ‘restaurants are open’.

“The call came as Tony Blair warned Britain might have to carry out 180million coronavirus checks to defeat the deadly disease. 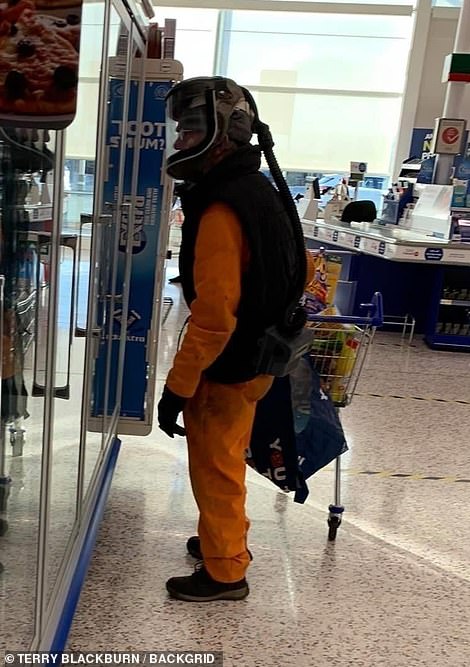 “The ex-PM said testing will need to carry on for a long time, as even if the outbreak subsides there will be a threat of ‘resurgence’.

“He said ‘virtually everyone’ will need to be tested for whether they have coronavirus.

“And Mr Blair warned that might need to happen two or three times to combat any return of the outbreak. That could potentially mean in the region of 180million individual tests.

“Cabinet minister Michael Gove confirmed this morning that the number of UK tests per day has reached 10,000.

“At that rate it could take more than 50 years to check the whole 66million-strong population three times – although Mr Gove stressed that the numbers are being urgently increased.

“He declined to give a timescale for when all frontline NHS staff will get access to checks, after small-scale trials were launched.

“And there is still no clear idea when the UK will be conducting the 25,000 tests a day promised by Boris Johnson – let alone the longer term ambition of 250,000 a day.

“To try and ensure the effectiveness of the lockdown, the Government is spending approximately £5.8million on letters that will land on 30 million doorsteps along with a leaflet spelling out the Government’s advice following much public confusion.

The letters and leaflets are the latest in a public information campaign from No 10 to convince people to stay at home, wash their hands and shield the most vulnerable from the disease.

“We know things will get worse before they get better,” the PM’s letter will read.

“But we are making the right preparations, and the more we all follow the rules, the fewer lives will be lost and the sooner life can return to normal. 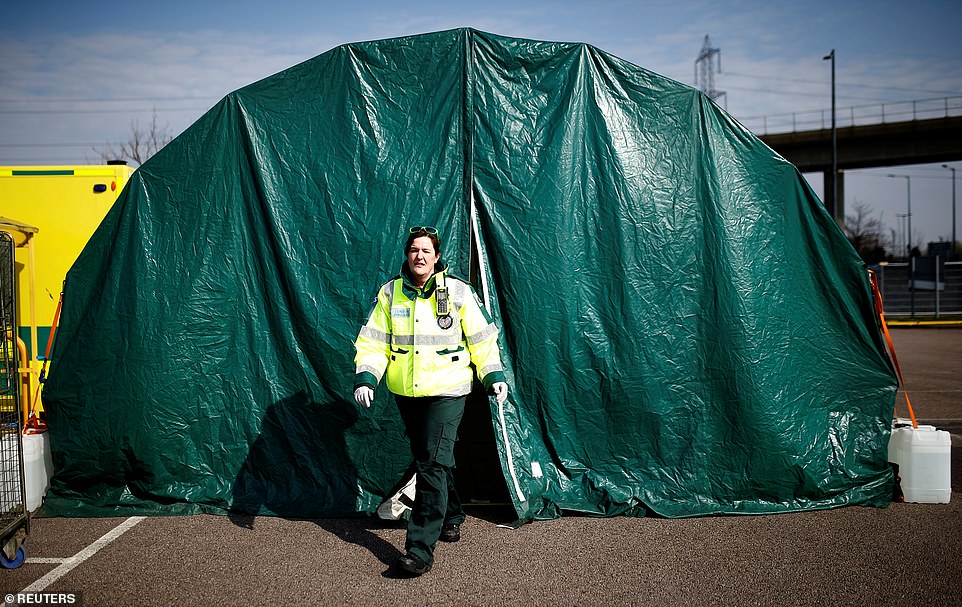 “It has been truly inspirational to see our doctors, nurses and other carers rise magnificently to the needs of the hour.

“Thousands of retired doctors and nurses are returning to the NHS – and hundreds of thousands of citizens are volunteering to help the most vulnerable.

“That is why, at this moment of national emergency, I urge you, please, to stay at home, protect the NHS and save lives.”

The leaflet will also outline the Government’s rules on leaving the house and advice on shielding vulnerable people.

“A clear explanation of the symptoms will also be included as will guidance on hand washing.”

The letter concluded: “Panic has gripped the nation as it was revealed that today’s total number of deaths is 34 per cent higher than yesterday’s and today has seen the largest daily increase since March 18, when the total shot up from 71 to 104.

“PM: Thanks to those who are staying home during coronavirus outbreak.” 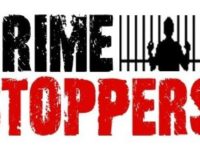 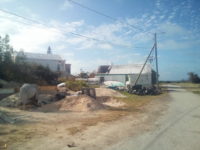