Just weeks away from having his one-year driving ban lifted, Mahkai Davis, 26, was given another two years off the road on Tuesday, after he was caught driving with more than twice the legal amount of alcohol in his system.

Davis, of Warwick, admitted driving whilst impaired while off the road.

The court heard that he was stopped by police on South Road in Paget on June 15 for speeding. The officers noticed that he had trouble standing.

But Davis insisted that he had not been drinking. He was arrested anyway and police later discovered that he had been disqualified from driving all vehicles until July 4.

When tested he had 216 milligrams of alcohol in 100 millilitres of blood. The legal limit is 80mg/100ml.

He told the court that he thought he was back on the road.

Senior Magistrate Juan Wolffe fined him $2,000 and ordered him to pay by September 4. He also banned Davis from the roads for two years for driving while disqualified.

Davis was also banned for another 18 months for drink-driving, but ordered it to run concurrently with the two-year disqualification. 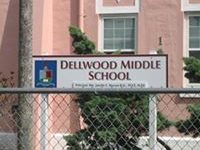